During Queen Victoria’s reign, the Victorian fashion era started in 1837 and came to an end in 1901 after her death. The period was a remarkable era in the history of Britain and the world. In the period, fashion elaborately showcased wealth, societal status, and beauty, regardless of gender. The layers of the dress for both rich and poor people were almost impractical and can be uncomfortable. However, it is worth noting that they were quite eye-catching and fashionable. The Victorian era began with the use of long dresses, modest coverings, and poke bonnets for the women. As for the men, their attire adequately showed patterns, colours, and rigidity.

As we often see today, the Victorian period featured three categories of women: the upper-class, the middle-class, and the lower-class. Most upper-class women were seen with five perfectly layered clothing, even during the cool summertime and frigid winter period in London. During the classical era, women’s wear involves underwear such as chemise, bloomer, petticoats, crinoline, corset, among others, while the outer outfits include dresses, shoes, shawl, gloves, and bonnet. Depending on the location or activity, women of the Victorian era often change cloth to match the occasion.

Women of nowadays would find the silhouette as dramatic with a full skirt, broad rounded shoulders, and tight waist. The waist often looks smaller due to the width at the top and bottom. Back then, most women were 5 feet tall, so a 22-inch waist was right proportion during the era. More so, the corset helps develop a smaller waist, and it was never suffocating compared to the myth that we were led to believe.

Like the upper-class females, the middle-class women also wore several layers of clothing, but with fewer ornamentations. As for the lower-class, most of them had one dress, one petticoat, long underwear (during cold weather), apron, shawl, and cap. You would commonly see them with dress sleeves rolled up. The majority of clothes for the middle and low-classes included old cast dropped by upper classes some years back. 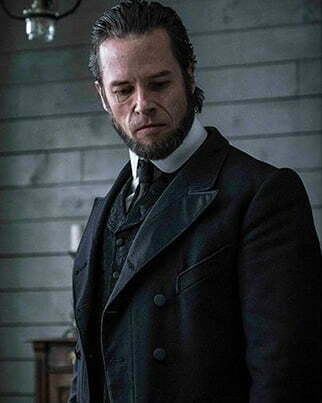 During the period, men’s outfit generally entailed a suit, which includes coat, trousers, waistcoat – all the garments were not usually of the same colour or material. As outdoor wear, the Victorian period men would use a coat or cloak. Sometimes, they could have two to three various garments for different occasions. While one garment was usually dominant for the general occasion, others were generally kept for special events.

Among the garments, the form of trouser hardly survived the period while the waistcoat survived in large quantities. Earlier in the Victorian era, breeches were just disappearing while the trousers had just become a relevant outfit. Also, there were the pantaloons, a tight-fitting garment that used to reach the ankle or calf.

Boys and girls during the Victorian era had exciting times when it comes to fashion. Basically, the children belonging to the upper and middle classes wore a smaller cloth version of their parent, although the material could be sturdier with shorter hemlines. On the neck of lower-class children, you would find hand-me-down versions of the outdated clothing belonging to the rich children.

During infancy, the boys and girls would wear white gowns. As they become older, they graduated to suits, sporty knickers, and sailor clothes for boys while the girls wore long and short dresses with an apron. The footwear for both genders was button-up boot. While the young girls wore bonnets, the boys would be seen with caps and straw hats. During the winter, they wore long coats and jackets for warmth.