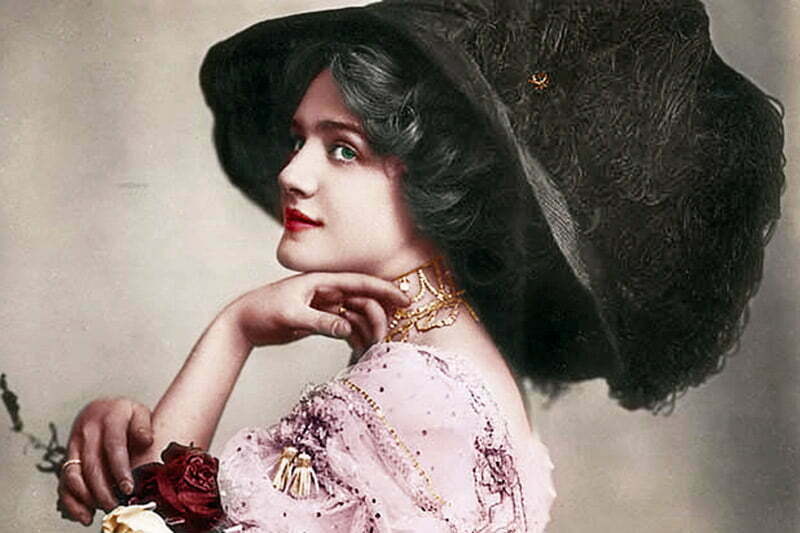 The 20th century was the height of Bella Epoch – Beautiful Era in terms of fashion and design. 1900’s women fashion was all about simplicity and grace. The messy trimmings and unfinished lines from the past era were now getting abandoned and replaced with a more feminine, detailed look.

This simplicity got more popular and flourished well in The Great War that highlighted two features in the 1900’s women fashion: free styling and comfort. 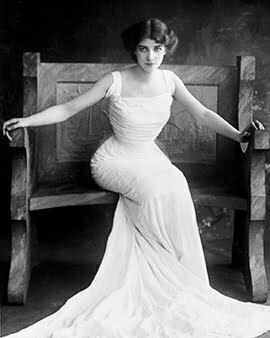 In the 1900s, if you belonged to the social elite and followed the trending fashion in a modern English society, you would have gone twice to Paris every year for a Fashion spree. Paris was inevitably the hub of elite fashion in that era. However, there were certain strict rules for fashion that had to be followed in that era. For instance, a lady would be required to wear cotton stockings and silk stockings in one day with the difference of night and day.

A lady belonging to an elite class would get the help of a maid and wear a boned corset. As suffocating and restrictive may they seem, these corsets were an integral part of the fashion back in the early 1900s. From historic evidence, we can conclude that the corsets pulled the waists along with the significant digestive organs to a mere circle of 20 inches or even less. 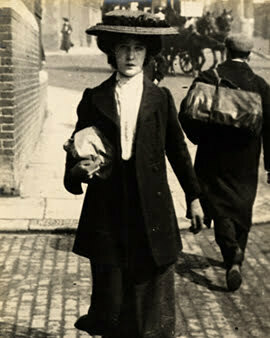 In the mid-1900s, Edwardian daywear became common having two tones; one pale and the other dark. Usually, the combination was of a pale top with a dark skirt.

By 1905, automobile use became much common which influenced the fashion sense of women too. Especially, those women who wanted to be ahead of other women in terms of fashion wanted more car coats and manteaux automobiles for relatively cold seasons.

The coats were quite trendy and they had straight cuts from the shoulder up to 15 inches below the waistline. Pairing these with skirts reaching above the ankle accentuated the figure even more thus giving a pretty touch to it. A duster could be worn over the whole outfit in times of a windy or dusty day which would prevent the outfit from getting all dusty.

The Edwardian era finished in 1909 when the trend in line was replaced with a tubular affair which was quite a unique style appearing at that time.

The silhouette changed from an S shape line to a natural line in 1912. During the day, wearing longline corsets became popular for women who went for flattering and tight-fitting clothes. 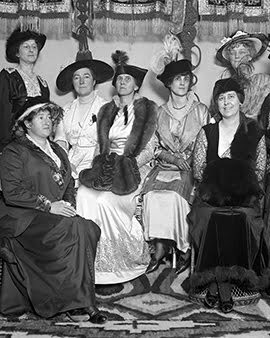 By 1914, bustles, garters, and hoops became intensively common in the period style fashions. This was the time when fashion was undergoing some major changes.

When the First World War came up in Europe, there came a change in the silhouette – the S shapes and longline shape were replaced by a chemise that was not girdled and hung over a straight base. The beginning of the war did not seem to stop the extravagant display of fashion. There were even charitable events that helped raise the money for the fashion industry during that time.

The middle of the 1910’s brought much more class and sensibility to the fashion trends. The trench coats, breeches, and tailored jackets came with a feminine touch that was comfortable and assisting enough for women serving in the war. 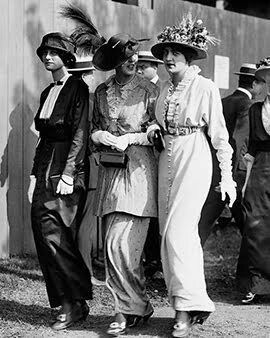 A new line of flared skirts came into play by 1915, also known as war crinolines with visible footwear and raised hemlines.

Belts and drop waists became popular in 1916 when many women were often seen wearing a chemise dress.

Things became sportier, convenient, and trendy in the late 1910s when ladies started to follow big fashion names that were new in the spotlight. By the end of 1917, Chanel’s name became considerably popular among the ladies of that time.