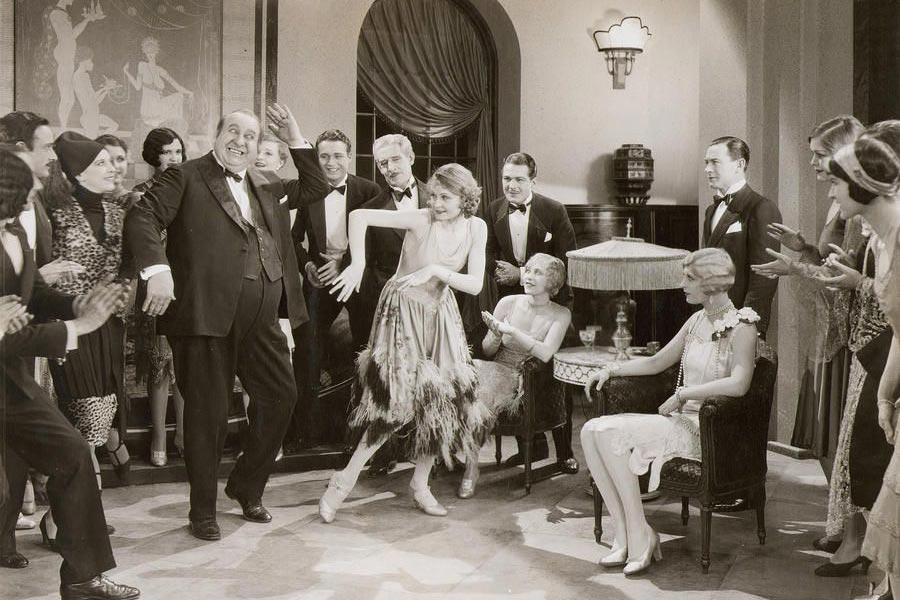 After the shock of the First World War, the collective humanity in Europe and the Americas ushered in the 1920s with much abandon, seeking more fun and freedom. This was reflected in the 20s styles which are aptly captured by the quintessential lively young lady in a knee-length flapper, pump shoes and a cloche hat. Also known as the Roaring 20s or the Jazz Age, it is a decade that saw monumental changes in culture and fashion. Women had achieved a greater degree of freedom as they had been forced to take over many roles when men were off to the war. Ankle-length dresses and restrictive corsets were dumped for looser fitting garments which showed more skin. For men, it was a decade of self-recovery, as many tried to find their footing again after the war. Flashier suits and shoes for those who could afford them were to be had, as well as fancier footwear.

What did women wear in the 20s? 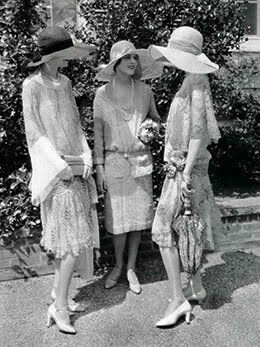 Carrying over from the 1910s was a sense of simplicity and practicality that had been demanded as women took more jobs in factories, offices and the military. The simplicity was forced by the austerity of the war times. This crossover was manifested in the simple one-piece tubular garment dress that was known as the flapper dress. It was loose-fitting, with a dropped waistline, and a raised hemline that reached to the knees.

French designers had firmly claimed their place as the trendsetters in 1920s women’s fashion. Coco Chanel popularized the flapper as ‘la garconne’ in Europe. The flapper look was especially popular with younger women, who added pleats, gathers, and slits to the tubular dress. It was all about letting loose, which also saw women opt for more natural and flatter busts unlike the forced curves of the previous Victorian and Edwardian eras. Women started going out for dances and cocktails more often, which demanded a freer dress; hence higher hemlines to allow kicking up the heels. Full hemlines and knife pleats emerged to allow freer movement.

Wealthier upper-class women retained longer ‘gowns.’ There was a loose-fitting ‘tea gown’ with long and flowing sleeves. It was often decorated with sashes and bows and at times artificial flowers. They also stepped out in the evening with the ‘cocktail dress’. This was even longer than the tea gown, sometimes reaching to the ankles. It was of richer satin or silk material and decorated with rhinestones and beads. This evening look demanded matching shoes, gloves, and hat. Satin, silk, decorative stones and beads went very well with the dancing culture as they reflected in the nightclub lights, and commanded attention. 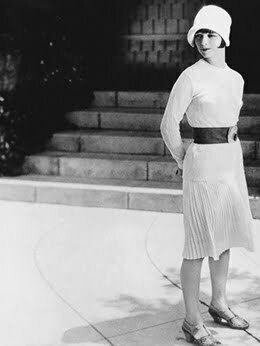 The liberated look extended to underwear. The popular flat and slim silhouette did away with the bulkier undergarments of the past and took to bust bodices, cami-knickers, and eventually knickers and panties. Rayon was the textile of choice for women’s underwear and came in soft light colors to blend in with the light fabric flappers.

The cloche hat is iconic of the 1920s fashion. The boyish slim look popular with young women went well with short hair. The bob became fashionable very fast, with fashion icons like singer Irene Castle adopting it in the early 20s. This demanded a new hat, and the cloche hat was the answer. It was a bell-shaped hat that could fit covered the whole head and had a slim brim. Higher hemlines allowed stylish shoes to be shown off, and new styles like the single strap and button ‘bar shoes’ emerged. Women also began to have a variety of shoes; dancing shoes, house shoes, sports shoes, walking shoes.

Jewelry was minimal, perhaps due to leaner times. The long rope pearl necklace was one of the most common pieces of jewelry, because of its affordability. Wealthier ladies who could afford pricier stones like diamonds, sapphires and amethysts wore them minimally as well. The invention of swivel lipstick had a remarkable influence on makeup fashion, as more women experimented with the cupid’s bow and bee-stung look. Fashionable women could be seen whipping out the lipstick for a retouch. 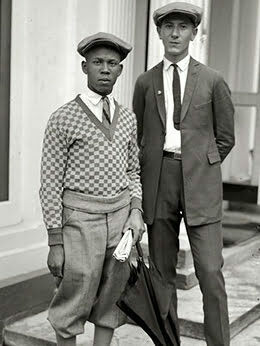 The suit remained central to men’s 1920s outfits. In the early 20s, the slim silhouette was still in vogue. This featured a tight-fitting jacket and narrow shoulders, conservative colors; black, grey and navy blues. The Jazz suit emerged as part of the new jazz and club culture. This featured skinny trousers with pinched in waists, worn with form-fitting jackets with small lapels. From England came a loose and wide suit called the Oxford suit. Oxford University had banned the popular breeches (knickerbockers). Cheeky students took to wearing wide-legged trousers on top of the breeches to bypass this rule when the occasion demanded. This popularized a baggy form suit that was often worn with patent leathers and a fedora hat.

The tuxedo gradually replaced the tailcoat as evening wear for dinner parties, dances or the theater. This was worn with a vest and a black bow tie. Softer collars on shirts replaced the tall stiff and detachable collars of the past.

Hats were almost mandatory accessories for men in this era. While the upper class kept the top hat, the common people preferred the fedora, bowler and trilby hats. The cloth flat cap (newsboy) was also popular with working-class men for its practicality. The fedora hat was a variation of the cloche hat and was adapted by the gangsters of the 20s epitomized by Al Capone. The gangster look was especially popular in the US where the gangster era was blooming. Two-toned sunglasses completed this look along with a cigar.

What did children wear in the 20s? 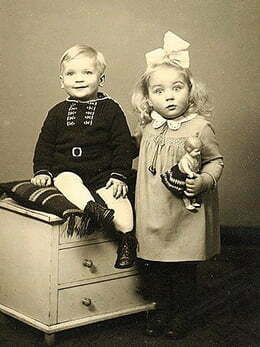 Children’s wear became more adapted to higher physical activity and play. Cotton and wool replaced velvet and silk as they were sturdier fabrics and more comfortable during play. Children’s shoes began to be made of canvas with rubber soles. For girls, the dresses became shorter and looser, while boys wore knee-length shorts. Higher quality wool tailoring allowed for cardigans and sweaters, which could be worn in cooler weather. The emergence of departmental stores even in rural areas, meant that fashionable looks for children were followed as closely as those of the adults.

END_OF_DOCUMENT_TOKEN_TO_BE_REPLACED

Facebook Twitter Pinterest linkedin Telegram
The Art Deco movement was a big haute couture thing in the 1920s to the early 1930s. It was a combin...