The Impact of World War II on Women’s Fashion 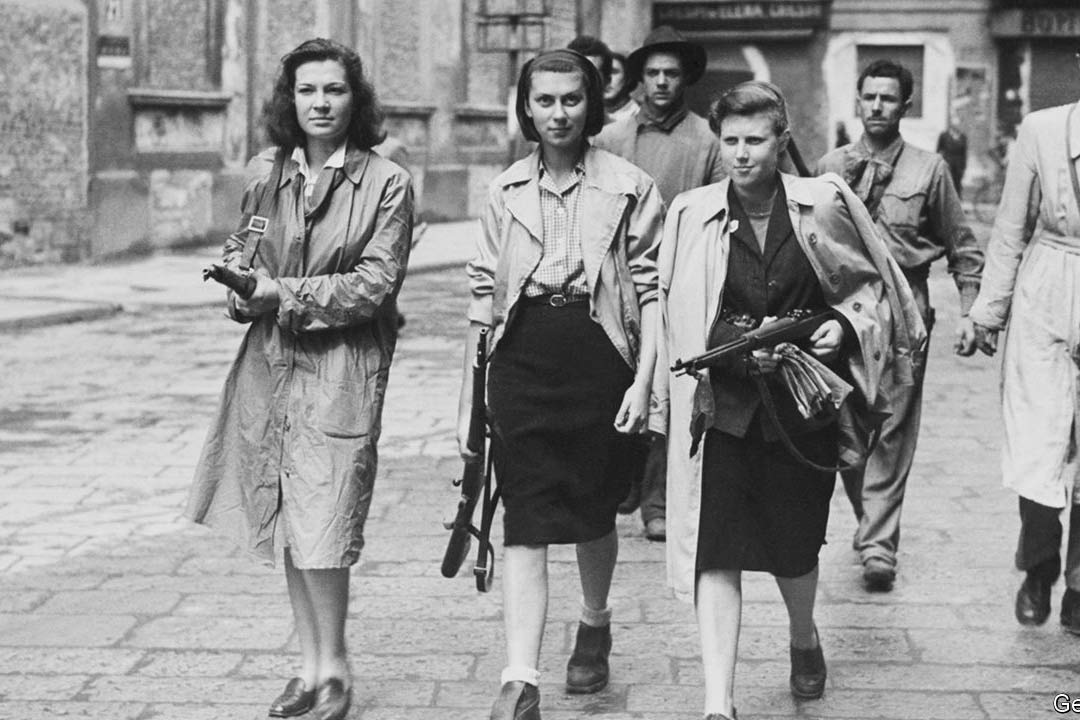 The time of world war 2 is a captivating one not only in terms of politics, and society but also when it comes to fashion. The fashion trends that were being followed in those days were serving as a portrayal of all the incidents taking place across the globe in a very obvious and striking manner. This time period left a lasting impression on the study of fashion and all the fashion designers of that time and the ones yet to come. World war 2 brought with it and forced many restrictions that further influenced many fashion trends and even caused some to be altered. The war altered the roles of women in society and gave rise to a new kind of fashion requirements. 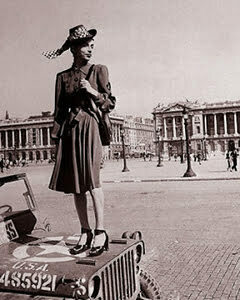 During World War 2, as every industry was facing restrictions, bans were imposed on several materials that were usually imported from the outside world and there were restrictions on raw material too that led to the development of man-made fibers. The man-made fiber that was created during world war 2 can still be seen in the world of today in various forms and styles. The need to save essential fibers and assets also led to this approach in fashion. 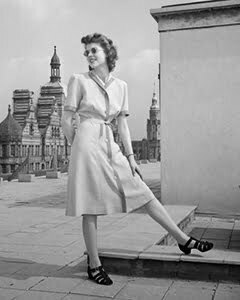 With the fashion and clothing industry facing challenges in the form of bans and restrictions, there was a major shift regarding the style and silhouettes of the outfits. 40s women’s dresses were now more inclined towards simplicity. Designers were focusing on using their creativity and turning the instructions of the governments into products of their brilliance and making the new trends of world war 2 fashionable. The silhouette lines of outfits crafted during world war 2 are a popular trend in even the clothing items produced today. 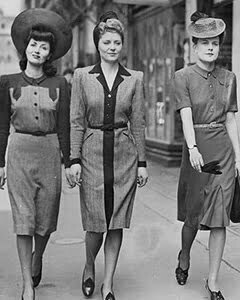 There was a scarcity of fabrics and luxury fibers were almost close to non-existent and the rationing system was introduced. With these changes, the world could witness mitigating differences among various social classes. Under the mandates of the government, the styles and outfits of every woman became almost identical, hence, bringing a similarity in the fashion of all classes and less and less noticeable differences among social classes. The similarity in fashion could be seen in the form of work outfits and those worn on formal occasions. 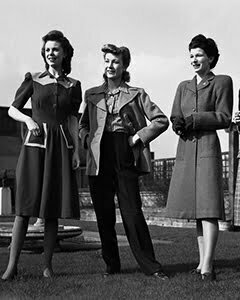 With the shift in the responsibility of women from working in homes to taking charge of industries as the men were recruited to take part in the war, a major impact on the women’s fashion arose. The 1940s dresses that were worn by women during world war 2 largely resembled the uniforms worn by military officials. The skirts got shorter as they should be in a situation of war for the purpose of being more practical to be worn and the shoulder pads were introduced. Women also started wearing pins on their dresses as a military official would do with their badges. The coats that were often worn were made of linen, cotton, or wool. 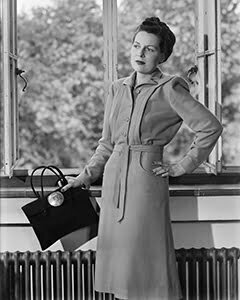 Sober and nude colors took place of all the other colors during the 1940s. The 40s women’s fashion constituted of simple designs and plainer looks that adorned warm coats, slacks, and frocks that were washable. Patriotic colors were the thing of the 40s women’s fashion, and sweaters and cotton blouses became popular to be worn with pinafore dresses. The shoes worn during this time were likewise plain and had flat heels. 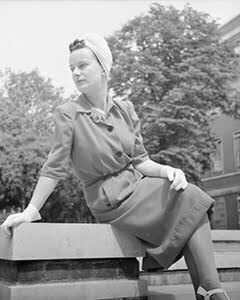 To be compatible with the activities of the wartime, the fashion trends mainly constituted of utility clothing lines and washable dresses. And, although, the inclination towards wearing jewelry declined, women still liked wearing bracelets and necklaces made out of pearl-like beads or pearls. Dress codes, which were previously dictated by the gender of the person, diluted during world war 2. The need to save material also prompted the shorter than usual length of the skirts worn during that time. During world war 2, girls were supposed to wear a dress with the length that reached their knees or skirts with blouses along with a woolen hat, headscarf, or a beret.

World war 2 had a major impact on the fashion of women. The man-made fiber was developed, style and silhouettes of the dresses changed, the difference among various social classes mitigated and similarity in the 40s women’s fashion became more visible, patriotism led to dresses that resembled military uniforms, colors that were muted and sober, and prints that best matched the ongoing wartime situation became a trend. These fashion trends influenced many fashion and costume designers and continue to inspire fashion designers even today with the perfection in simplicity and plainer looks.