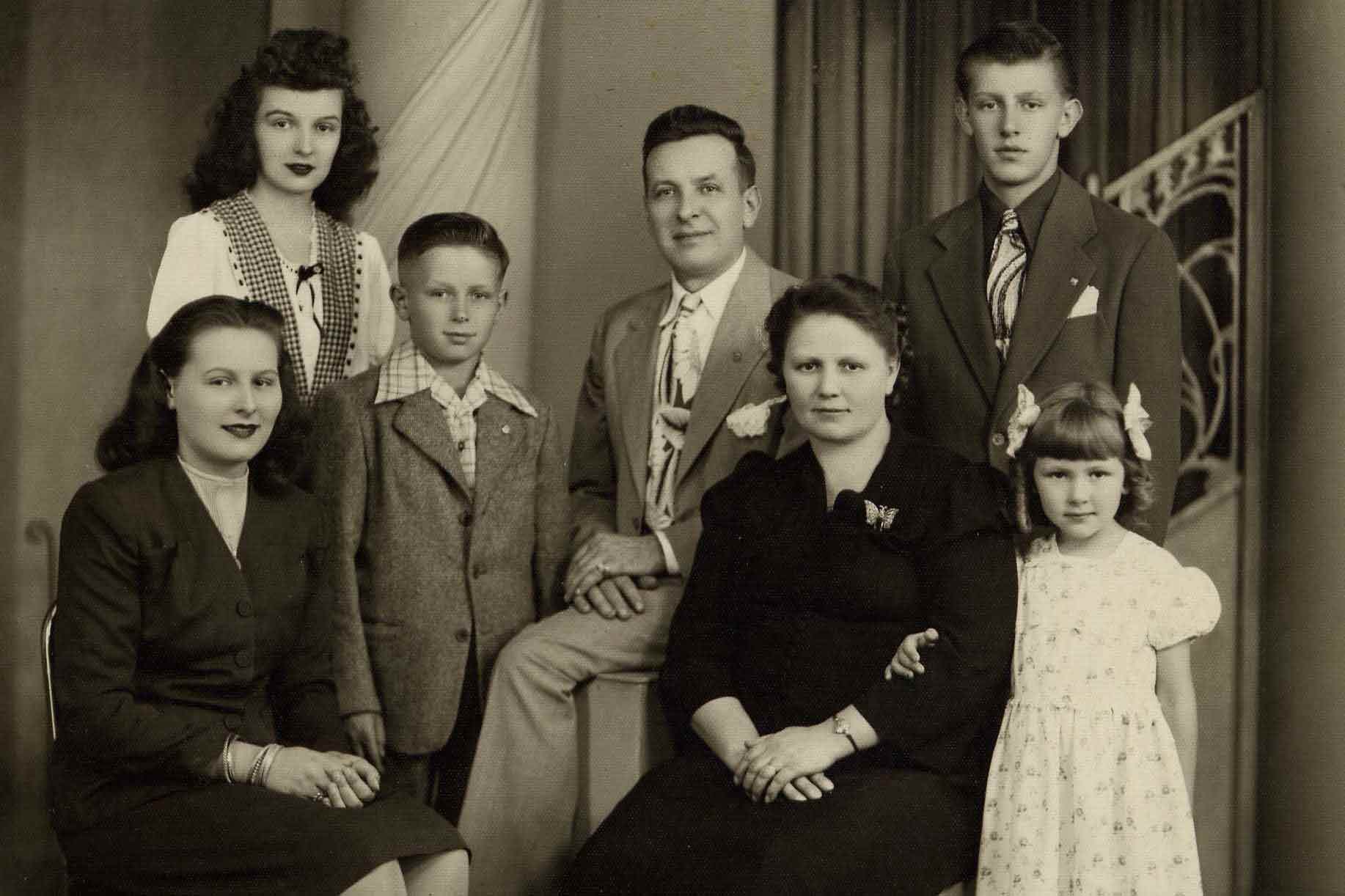 The shadow of the second world war covered much of 1940s fashion. It was a time of great turmoil where minds were more focused on survival. The austerity of the 30s brought from the Great Depression had transitioned to a war footing, which came with rationing and utilitarianism in all aspects even fashion. Most pictures that were taken in the 40s show people in uniform; women were also involved in the war effort as reserves and auxiliary units. The Paris fashion scene was hugely disrupted as Paris came under German occupation, and many designers fled to the US. when the war ended, people still retained a sense of austerity that extended to keeping fashion simple.

What did women wear in the 40s? 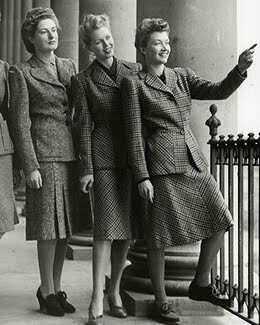 At the start of the 40s decade, the war was actively on and at an accelerated pace. The Germans had occupied Paris, cutting it off from the UK and the Americas. While the Paris fashion scene remained active to some extent, the designs did not get to the outside world, hence Paris designs from that time are not well known. In the UK, rationing was on, which extended to fabrics. The British had the utility dress, which was a one-piece simple garment with slightly padded shoulders, and a nipped-in waist and extended to the knees or mid-calf. It was commonly worn with a jacket that had boxy shoulders and a tapered waist. Tweeds and plaid fabric were commonly used in making utility clothing. Brighter colors and patterns were seen on civilian utility clothing for a bit of cheer.

The UK had the Incorporated Society of London Fashion Designers. This group was tasked by the government in maintaining a sense of fashion even as the rationing was on. Many pictures of women suit from this period show designs that borrowed heavily from the utility uniform. The utility design minimized stitching, pleats, pockets, buttons, and trimmings. The British government passed the Civilian Clothing Order that restricted designers on these aspects. Each woman received sixty-six coupons for the year with which she could only purchase; one dress for 11 coupons, one skirt for 7 coupons, one blouse for 5 coupons, two bras for 2 coupons, and six pairs of socks for 12 coupons. An overcoat went for 14 coupons. As the war progressed, the number of coupons reduced to as little as 24 per year.

Rationing forced many women to continue what they had before the war. There was also the Make, Do and Mend awareness that encouraged women to reuse and repurpose old garments and fabrics. Fewer available clothes to change meant that these utility suits were designed as all-day clothing, where practicality and function was a priority. This is because women became more involved in the war effort, working in munition factories, hospitals, and military bases. The bicycle was also the preferred means of transport, which demanded a shorter skirt with flared hem for easier cycling. Utility clothing was commonly worn with flat shoes for comfort.
Clothes rationing did not have a big impact on 1940s women fashion in the US, but starting in 1942, designers faced restrictions for different garments;

a) Skirt circumference was to be a maximum 84 inches

e) Bottoms on slacks at a maximum of 14.5 inches in width

f) Bathing suits were to see a 10% reduction in fabric

g) Heel height at a maximum of 1.5 inches 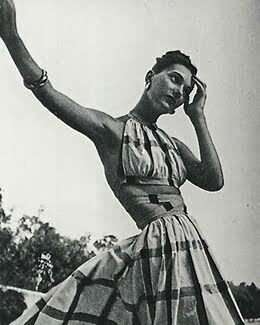 The US fashion scene was more vibrant as designers had more choice and quantity in fabric. Sequin and nylon were two synthetic fabric that had not been rationed and saw more use in designs in the 40s. Designer Norman Norell’s works with sequin were very popular as were the denim and seersucker pieces by Claire McCardell.

The Paris fashion scene bounced back after the war with Christian Dior’s New Look collection in 1947. This was an attempt at forgetting the war, with a show of more abundance. He used more fabrics to bring out fuller bust, waist, and hips. The skirts were made fuller using pleats, and extended to mid-calf. 1946 saw the introduction of the two-piece bikini by Paris designers Jacques Heim and Louis Reard. However, it did not get good reception initially as conservatism was still much around. 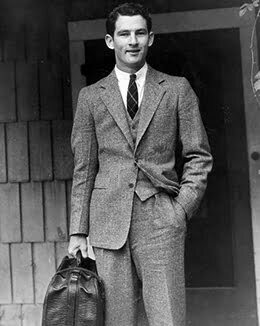 Pretty much every man between the ages of 18-45 was off to the war, which made the uniform the most prevalent clothing item for men. Pictures of men on different occasions; weddings, funerals, dinners, and even school functions show them in uniforms. 1940s men’s fashion largely remained unchanged from the 30s for those who were not in the war, and many men relied on suits they had before the war. Rationing in the UK restricted newly tailored suits to single-breasted jackets. The lapels were made narrower, and the number of pockets reduced. Turnup cuffs in trousers were eliminated and cuff circumferences restricted.

In the US, where the rationing was not as severe, the drape suit was still much in vogue. The growing jazz scene gave rise to the zoot suit, which was an exaggerated suit with baggy voluminous trousers, oversized jacket, and a wide tie.

Post-war men suits borrowed the wide shoulders and legs, and high waist of the zoot suit. More men also preferred brighter colored outfits instead of the somber suits of the 30s. The aloha shirts especially gained popularity in the US.

What did children wear in the 40s? 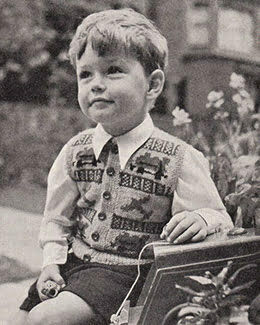 END_OF_DOCUMENT_TOKEN_TO_BE_REPLACED

Swimwear for Women: How did Teenage Bathing Suits Change Through History

END_OF_DOCUMENT_TOKEN_TO_BE_REPLACED

The Impact of World War II on Women’s Fashion