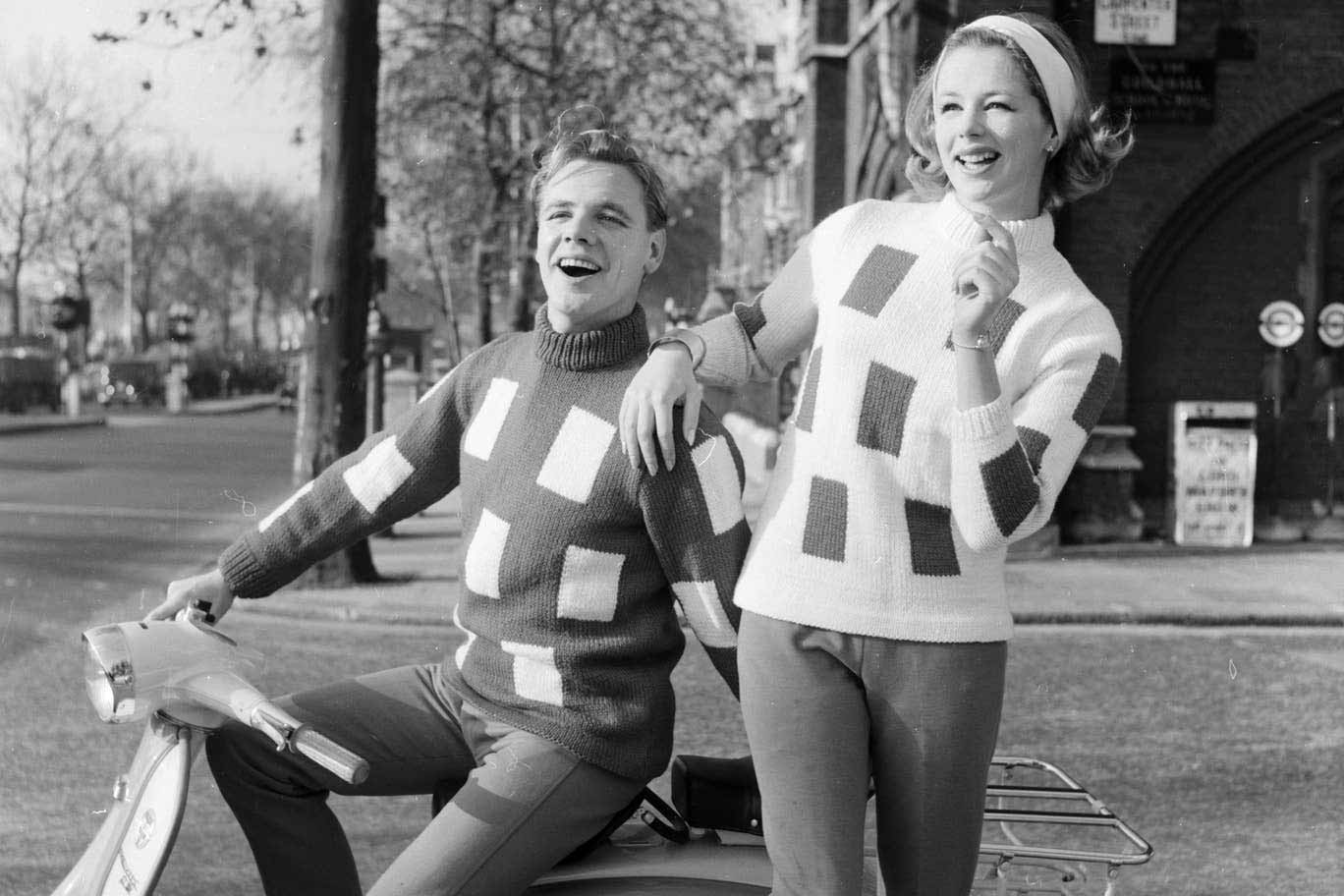 The swinging ’60s saw big changes in social and cultural spaces especially in Europe and the US. The trauma of the war had been put away, people had more income, and there was a new post-war generation coming of age and willing to try out new ideas in fashion. It was also the decade of big rock bands like the Beatles, Rolling Stones and the Beach Boys who had a big sway on the 60s fashion scene. Big Hollywood stars also continued to have a big fashion following, and the designer fashion scene was getting increasingly competitive, with Italian and British designers challenging the dominant Paris fashion scene. It was the age of miniskirts, go-go boots, psychedelic prints, and afros.

What did women wear in the 60s? 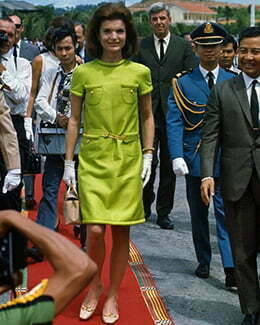 The elegant lady look of the 50s carried over into the early 1960 women’s fashion and was epitomized by Jacqueline Kennedy, the First Lady in the US. A designer skirt suit came with a short boxy jacket and large flashy buttons. The shift was a popular simple geometrical dress that would sometimes be matched with a jacket. Stiletto heels and pumps were preferred for this elegant look. Jackie also popularized the pillbox hat. The pantsuit was also part of this elegant look and encouraged women to shift to other forms of casual trousers like capri pants and blue jeans.

The straight shift dresses were a crossover from the 50s ‘sack’ dresses. They were narrower but came with ‘kick’ pleats on the front and back, to allow for moving knees when dancing the ‘Twist.’ These skirts were worn with knit cardigans and sweaters.

Women began to experiment with more casual looks, borrowing from male fashion. Plaid shirts gained popularity as they could be worn with skirts, jeans, or slacks. Denim designers like Levi Strauss noticed this trend and moved quickly to offer feminine jeans designs. The use of synthetic elastane allowed the making of stretchy denim fabric, which was used to make ‘drainpipe’ jeans. These were popularized by Hollywood star Audrey Hepburn. Women experimented with different lengths of trousers; above the ankle, knee-length, and even mid-thigh trousers that were shorts.

The London fashion scene was very influential in the 60s look. London has the Beatles, The Who, and very vibrant music and fashion scene. The younger women and teens were more adventurous and willing to try out ‘wild’ ideas. The ever-fresh miniskirt was popularized by London designer Mary Quant, whose designs were simple, colorful and projected a more liberated look. Her design was a skirt that was 6-7 inches above the knee, which was outright scandalous among the older generation, but a hit with the younger generation. Quant used cotton and gabardine, but other designers went on to make the mini in PVC leather and other synthetic materials including nylon, acrylics, and polyesters. 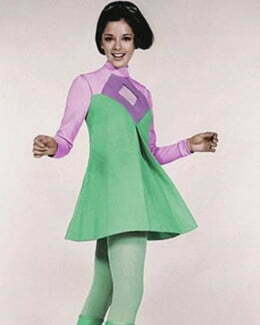 The space-age look became trendy in the mid-60s. It featured pieces made from newer synthetic materials like PVC and polyester used in making plastic raincoats, fake furs, PVC minis, and elastic boots. Go-go boots were mid-calf boots made from PVC. They were typically white and were worn with PVC minis and nylon tops for the ultimate space-age look.

The ‘Dolly girl’ look was another popular trend in the mid-60s. It featured childish-looking clothes like dresses decorated with laces and ribbons in bright colors like baby pinks or lime green, and long hair, tied with ribbons as well.

The late 60s ushered in the hippie culture. This social trend believed in a better world order without war, colonialism, apartheid and other ills. They aimed for the ultimate liberation of the person, which included a liberated fashion sense. Hippy fashion aimed at multi-culturalism and unisex pieces. Bell-bottomed trousers, tie-and-dye fabrics, headbands and ‘Jesus’ sandals became popular for both women and men.

Hippy style borrowed heavily from other cultures. From the orient came the caftans in the form of ‘hostess’ pajamas. These were long tunic tops worn over loose and baggy ankle-length culottes. Some women wore them braless, while stretched this minimalist look further to walking barefoot.

The late 60s also saw a fresh wave of feminism that espoused more equality of women in the new social and economic order. They advocated a more masculine look with straight-legged jeans, plaid shirts, short hair, and no makeup, which depicted a more ‘natural’ woman without forced femininity. 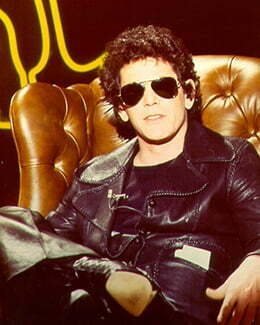 1960s men’s clothing perhaps marked the biggest shift in men’s fashion since the 19th century. Tailored suits had been the centerpiece of men’s dressing until the 60s when jeans, t-shirts, plaid shirts, berets and boots became more popular than tailored clothing. Brighter colors and prints also replaced somber hues on jackets, with psychedelic prints inspired by the space age and hippy cultures.

Men’s fashion in this era largely depended on the social grouping of the individual. In the UK, there was the Modernist or ‘Mods’ movement. The men wore the ‘Teddy boy’ or city gent look which featured tailored suits with slim pants worn with a button-down collar shirt, anoraks, cashmere jumpers or sweaters, and winkle picker shoes. Their opposite was the Rockers movement which opted for the ‘biker’ look with black jeans, leather jackets, and riding boots.

The third major grouping was the hippies, who wore bell-bottomed trousers, hipsters, t-shirts and long unkempt hair or afros. There was the surf rock trend in the US which was big on simple and durable outfits as popularized by the Beach Boys. The Pendleton jacket was a favorite with surfers. In a curious twist, they were worn with UGG boots by the older surfers. Younger surfers took it for the dress down the culture of the beach as espoused by loud colorful aloha shirts, t-shirts, and a surfboard.

Big rock bands and celebrities had a big influence on fashion as well. George Harrison of the Beatles was known for his colorful collarless jackets, Jimi Hendrix for his old military jackets, and Rolling Stone’s Brian Jones for the dandy look.

END_OF_DOCUMENT_TOKEN_TO_BE_REPLACED

How Music from the 60s Influenced Fashion

END_OF_DOCUMENT_TOKEN_TO_BE_REPLACED

Fashion Trends of the 1960s

END_OF_DOCUMENT_TOKEN_TO_BE_REPLACED

Hippies: the Influence of Music on Fashion in the 1960s