Thanksgiving Day is coming. In general, Macy’s group will have a large parade. But because of the influence of Covid-19, the Macy’s Thanksgiving Day’s parade will be different in 2020. As it reported, “The parade will not go through the streets of Manhattan this year. Instead, performances will be broadcast live on NBC on Thanksgiving Day from 9 a.m. to noon.”

The first parade was a two-block long procession on Nov.27, 1924. It was called the Macy’s Christmas Parade back then. A group of Macy’s employees asked for the first parade to express gratitude and celebrate the new freedom and the coming of Christmas. Most of them were first-generation immigrants. During the decade of the roaring 20s, there were no rules. This parade featured the company’s staff, live animals, and thousands of spectators, expressing the spirit of 1920s fashion. Many animals like elephants, camels, and donkeys and also the Santa Claus marched in jagged rows. In addition, Macy’s employees dressed like gypsies and giants. And Jazz bands blow sounds of brass into the crow. All of them took pride in their new life and a new home in the United States.

Until 1927, the parade was renamed the Thanksgiving Day’s Parade. After almost 100 years, it has evolved into today’s massive, televised event, featuring Broadway acts, movie stars, and gigantic, colorful balloons. 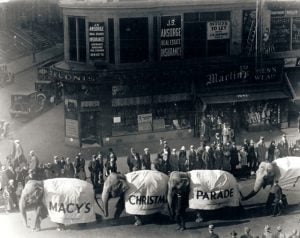 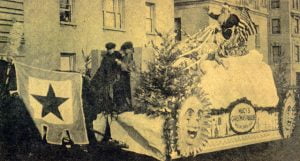 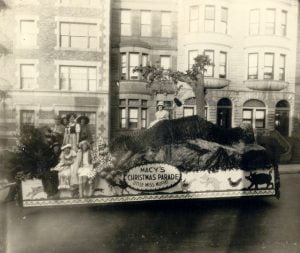 3. Miss Muffet sitting on her tuffet turned up on the scene in the 1stMacy’s parade. 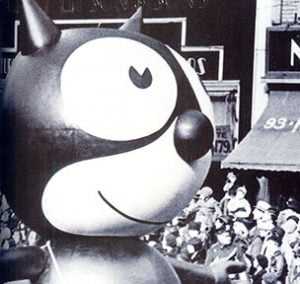 4. In 1926, Macy’s introduced the Balloonatics Float which was inspired by the character balloons.

In 1926, the first balloon existed in the parade. The balloon Float was inspired by the character balloons. Because the elephants and other zoo animals might make kids freaked, animals lost their parade marching rights in 1927. Those massive balloons designed by Tony Sarg were good substitutes. Then the Parade’s first set was the air-filled characters propped up on sticks. 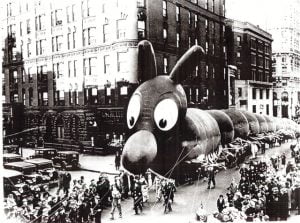 5. The happy dragon in 1927’s parade held the honor of being the second balloon in the parade! 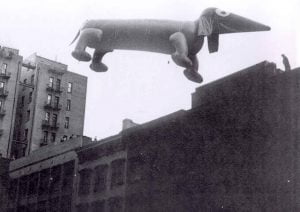 6. The dachshund balloon was released after the end of the 1929 parade.

Since Felix the Cat in 1927, parade balloons have reflected the changing tastes and trends of the American zeitgeist. While characters such as Spider-Man, SpongeBob, and SquarePants are now familiar to parade-goers, in the early 20th century, balloons were also recognizable on both sides of the street. Some characters like Superman have still been remembered by adults and kids. And some others such as the genie of the 1924 silent movie “The Thief of Bagdad” have faded from memory. Both of them share fascination stories.

The 30s was a decade of unlucky. The Great Depression gave people a very hard time. But the parade still proved that it can develop in such a hard situation. The Macy group achieved success in releasing balloons at the parade’s finale and making the characters float away.

In 1934, Mickey Mouse made its debut on the scene. Walt Disney himself also helped the balloon’s design. And then after the release of “The Wizard of Oz” in 1939, The Tin Man arrived on the scene of the 1940 parade. 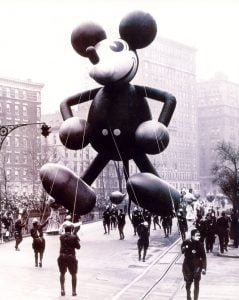 7. In the Macy’s Thanksgiving Day’s Parade of the year of 1934, Mickey Mouse began its travel on the street. 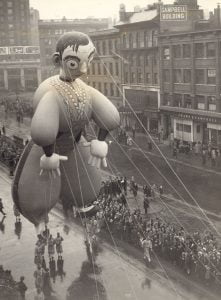 8. The parade of 1934featured the first-ever balloon made in the likeness of a real person: entertainer Eddie Cantor. 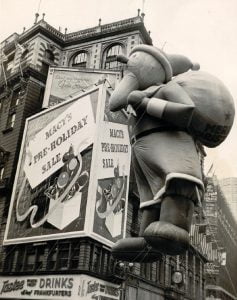 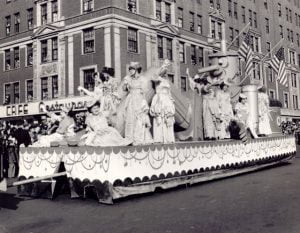 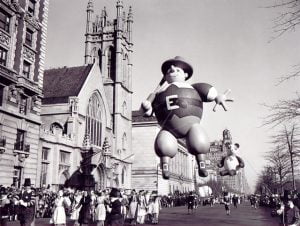 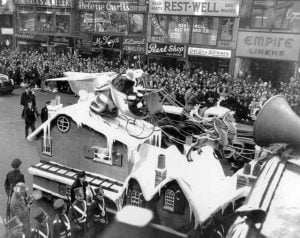 12. Actor Edmund Gwenn played Kris Kringle in the 1946 parade and in Miracle on 34th Street!

The Macy’s Thanksgiving Day Parade has become an American tradition, just like Turkey and stuffing. Every year since 1924, the streets of New York have been dazzled by floats, marching bands, and later, giant balloons and “Rockettes.” These vintage pics explore the history of one of the most popular parades in the United States.