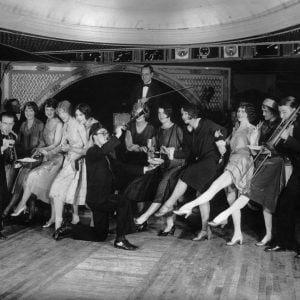 Compared to what women had been used to wearing in the years before the 1920s, the 1920s flapper was in sharp contrast. The term flapper was used to refer to a young woman who in addition to being independent, also had short hair, wore makeup and fancied short dresses. This was the classic appearance of the 1920s enlightened woman who worked to earn a living and had taken up bold habits such a cigarette smoking. The 1920s fashion flapper style featured a hemline that reached the knees and a dropped waistline on a tube shaped dress. Since it was the era of jazz music, women who loved to dance found that this look offered them the freedom they needed to do so. 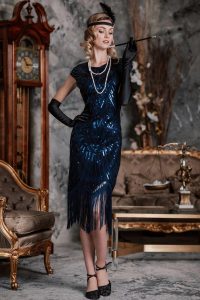 A flapper dress specifically meant for party attendance was made with luxurious fabric and decorated with embellishments such as fringes and beads. To complete the flapper look, the wearer would throw in a long necklace and a pair of high heels. At one point in 1926, some men thought that the flapper look was ridiculous and openly said so. Those who looked down on this style did not like the mannish look obtained from binding the torso and having short hair. Well, this new 1920s flapper replaced the fragile styles that existed before the war. Instead of seeing rebellion in the 1920s fashion flapper style, it would make sense to see it as a practicality for those who loved dance. 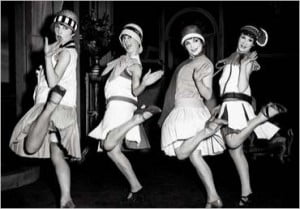 As women too joined the social scene, they altered their style to fit in. The Charleston dance for instance is quite vigorous and a woman dancing it would need to appear mannish to correctly execute it. 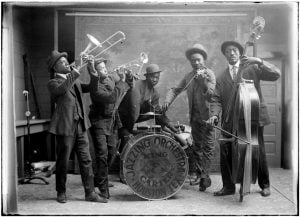 While flapper fashion styles of the 1920s were easily picked up by the youth, the older generation marveled at the new found freedom of dressing. Perhaps a disservice to link them to the jazz culture, this mature folks embraced 1920s fashion flapper trends for comfort. 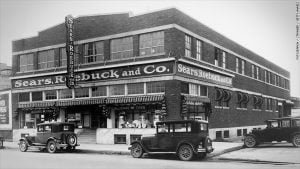 One of the reasons why fashion trends spread is the ease of reproduction and the flapper fashion dresses definitely caught on like wild fire. The clothes had loose fitting bodice that would fit a wide range of sizes. The short skirts and easy lines made marketing these dresses really easy because it is what the women wanted. Investors like Sears Roebuck’s who at the time had invested in large scale garment making were reported to be processing a huge number of orders on a daily basis. 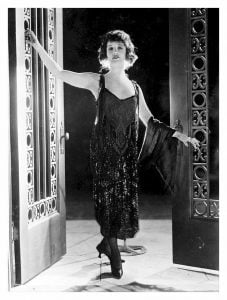 The 1920s flapper would take over the fashion scene of this decade with glamor. In tandem with the jazz revolution, the flapper would shift to keep up. When jazz music grew into big band music, those who were in it for the passion were forced to slow down their pace. There was no longer need to vigorously shake the body to the vibrant jazz tunes. By the close of the decade, the longer hem-lines, defined feminine curves and lengthy hair had started to re-emerge.