Cristóbal Balenciaga: the King of Fashion 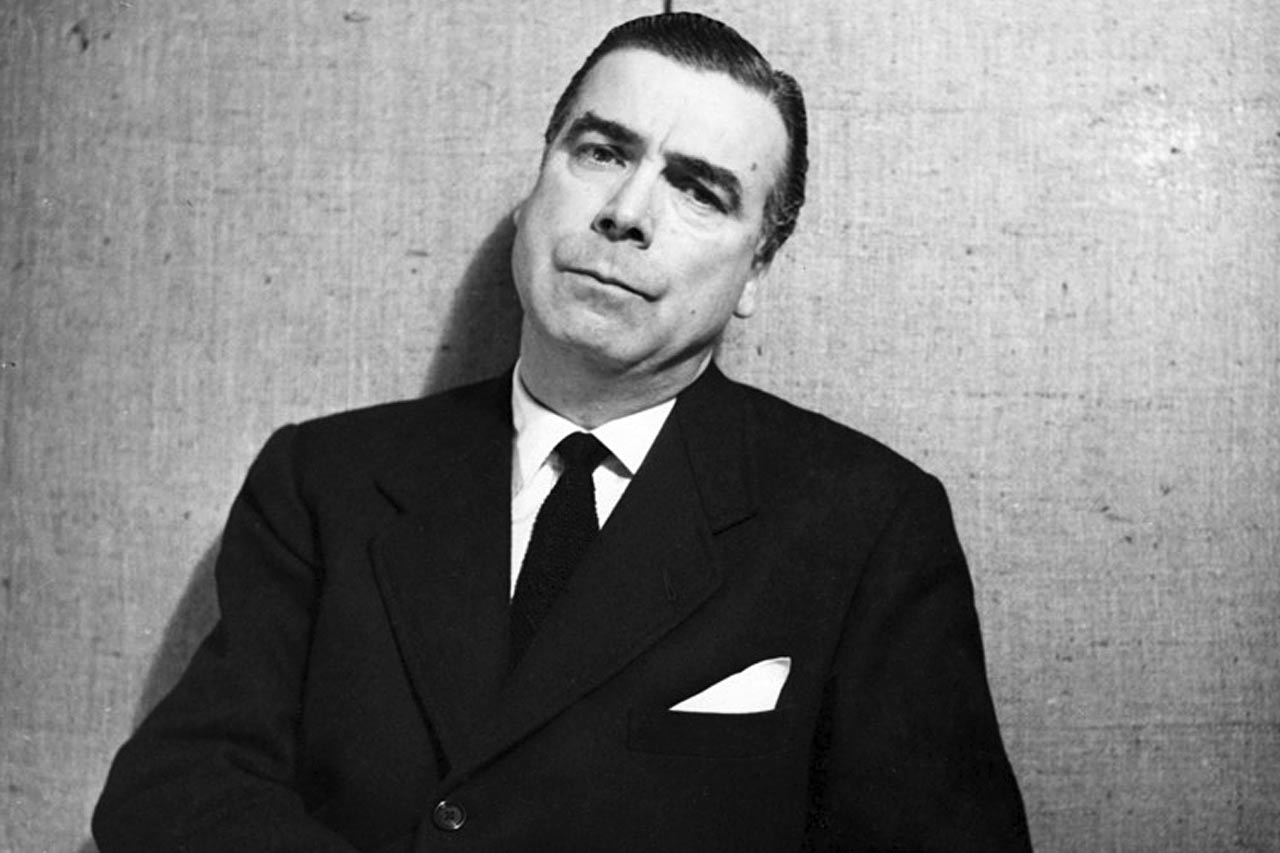 Cristobal Balenciaga was born in the year 1895, in a small village located in the Basque region of northern Spain named Getaria. A Spanish couturier who was well-known for his innovative ideas, supreme designs, and majestic craftsmanship, Balenciaga took his first steps towards the fashion industry with the help of his mother who was a tailoress.

He set up his first fashion house in the year 1917 in San Sebastian at the mere age of 22. He named this fashion house Eisa that was a short form of the maiden name of his mother, Martina Eizaguirre Embil. Later on, he established fashion houses in Madrid and Barcelona before he eventually moved to Paris. The fashion house he opened on the Avenue Georges V immediately turned into the most valuable and exclusive couturier. Balenciaga was well acquainted with the craft of fashion designing and excelled at each phase of crafting procedure of the dress, from the point of drafting a pattern to cutting, fabricating, and finalizing an outfit. 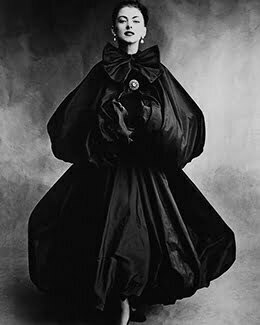 Balenciaga came to be called The Master of haute couture and has given shape to some of the finest fashion trends in the 1950s clothing style. He was seen as an inspiration for all those who wanted to master similar skills, and the works he produced still inspire many across the globe. A lot of his magnificent designs had an influence of his Spanish heritage. Black lace, matador outfits, and flamenco dresses were often seen in his works. The 50s clothing style that was introduced by Balenciaga gave rise to shapes that were entirely new and a fascinating invention in the world of 1950s women’s fashion. The early 1950s saw balloon hems and mid-1950s witnessed the arrival of semi-fit lines that had fitted fronts but lose backs. The late 1950s was a marvelous surprise for the fashion industry as this was the time during which Balenciaga introduced the famous sack dresses that incorporated no waist and though this radical design met extreme criticism, it eventually turned into a success that still has hearts of many.

The theme of body abstraction also came form Cristobal Balenciaga in the form of baby doll dresses that were a part of the late 50s fashion. Balenciaga was the face of revolution in the 50s clothing style and is respected and admired by many and that included his contemporaries as well. He used new fabrics all the time, his patterns came with innovative cuts, and the architectural shapes he crafted were bold and serve as an inspiration even to this day to all the fashion designers in the making. Let’s look through a list of fashion items that were finely crafted by the hands of Cristobal Balenciaga: the King of Fashion:

This beautiful flamenco-style evening dress was created by Balenciaga in 1961. The pink color of this dress gives it a super classic look and the tail of the dress gives it the style it required. The upper torso is wrapped in a body-fitting piece and the ruffles at the bottom add the volume to this magnificent clothing article. 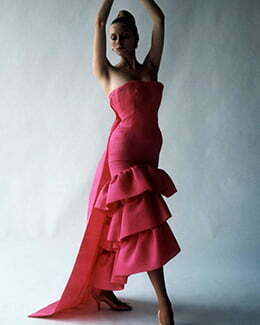 This bolero jacket designed and produced by Balenciaga incorporates the elements of his Spanish heritage.The black lace and motifs resemble those that are usually seen in the traditional mantilla shawls worn by Spanish women on special occasions. The lace cape with a matching ribbon tied into a bow at the collar served as an ideal accessory to pair with other outfits. 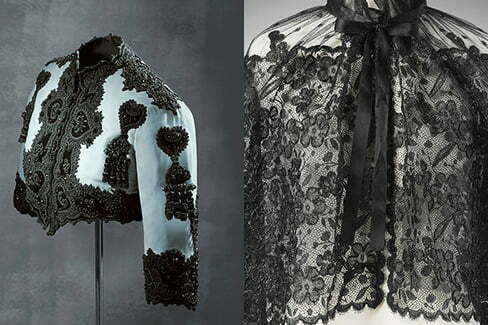 The baby doll evening dress by Balenciaga was yet another iconic approach towards 1950s women’s fashion. This dress came with a trapeze-like shape that skimmed the waist. The envelope dress was the extreme point in the concept of abstraction and incorporated dramatic four-pointed envelop detailing. These dresses had a sculptural design and were often made out of stiff yet lightweight silk gazar. The envelop dress met instant success in the fashion press but was not very successful when it came to his clientele. 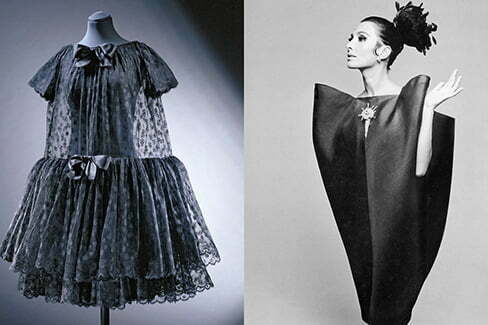 Glamorous coats were Balenciaga’s another specialty. These coats were the definition of minimalist aesthetic and had the potential of making the wearer stand out of the crowd with ease as this majestic 1950s clothing style simply had no match. This beautiful coat was produced by Balenciaga and embroidered by Lesage to develop into a creation that was as stunning as anything, and currently rests in the Victoria and Albert Museum, London. 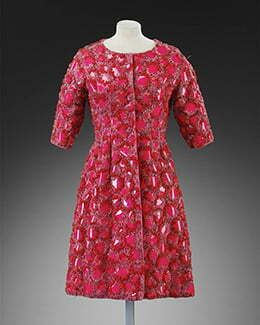 This simple yet classic skirt suit was Balenciaga’s creation and inspired many fashion and costume designers and continues to do so even today. The static pattern of this skirt suit combined with wide collar coat and button detailing adds perfection to this already perfect design. 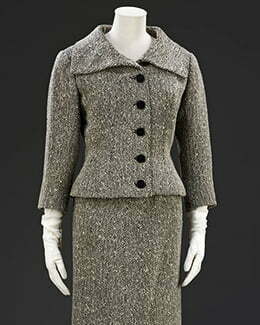 One thought on “Cristóbal Balenciaga: the King of Fashion”