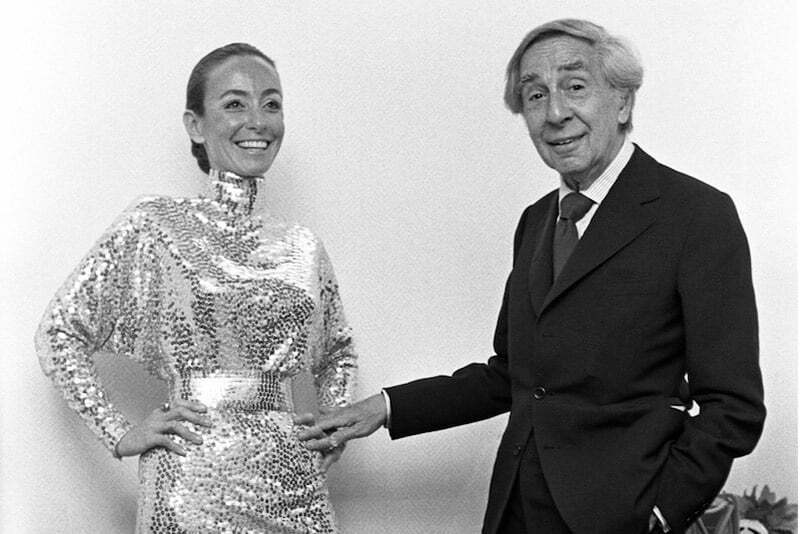 Whenever you think about the era of 1940s to 1960s, you always think about Norman Norell. This amazing personality in a real sense changed the way we look at fashion, and there are many reasons why. In this article, we will take you to a little tour and tell you who was the Father of American Fashion and what is all the hype about.

Norman Norell brought an exciting new vibe to the American fashion to what we know as of today, the golden era of fashion. Whether we talk about Traina Norell collection from 1941 or his working solo as an artist, there is always something that we will absolutely adore about the 1960s vibes and 1940s fashion.

He had a design vocabulary of his own that depicted well the vision he had of a fashion fanatic lady with class in America. Norman Norell always had a unique approach to his career, and unlike the other artists who only focused on sporty looks to create more sensibility, Norman Norell tried on bringing the richness of the French couture into the American fashion industry for an added class. But this bringing of French touch in the native industry did not mean he was trying to steal the art. 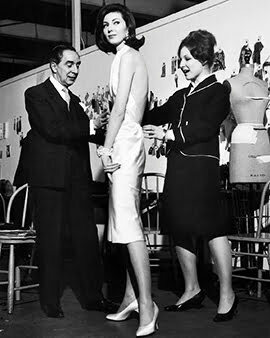 He noticed the quality of the French work, and made his own creations with sophisticated dresses and suits. The most famous American looks from the old times were all introduced by Norman Norell, not forgetting sailor collars, polka dots, and schoolgirl bows.

As an American designer, the artist introduced some good cuts in the markets such as high-waisted dresses and culottes. This was something that even the French did not have in their mind.

The Traina and Norell Line 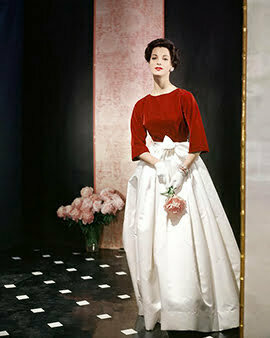 Starting from the early 1940s and ending in 1960, Traina and Norell produced a vast variety of dresses for the ladies including fancy evening wear as well as suits and dresses. These came up with a sense of timelessness and sensibility that depicted sophistication from every angle. On official notes, Norell was considered to be the only designing mind behind the collection, while Anthony Traina was the businessman and the share giving investor hand in the team-up. Soon, the collection paved its way to fashion magazines like Vogue called the collection as an “electrical storm”. And that way, the collection got Norell famous enough to be the talk of the town.

Any woman would purchase the garment at high cost just to show it off around her circle of influence. The pieces they brought, were in fact, timeless, and brought a great deal of the revolution in the fashion industry in the country.

This Traina-Norell collection line hit the peak when its dresses were featured in the mega-hit film Sweet Smell of Success released in 1957.

In this fame and spotlights all around, Norell created some designs that got him famous in his career. The sequins on the gowns – referred to as a mermaid dress and body fitting suits, were the real famous dresses in the 1940s dresses fashion.

The chic waists and suits having tailored coats and clothes got amazing fame in the era which are even popular. Oversized bows, sailor coats, and polka dots were the signature style of the designer. The sharp and clean, rightly fitted dresses with fabric like jersey and leather were the ideal 40s dresses. 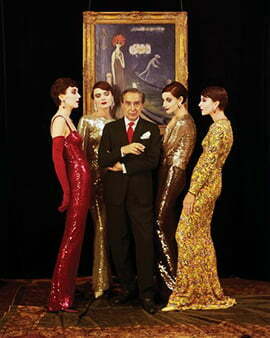 Norman Norell made a solo move by opening a line of his own in 1960 following the retirement of Traina. His first creativity came from the 1920s ladies’ fashion, with Chanel as his inspiration. He gave a modern opulent twist to the straight silhouette. Soon by the end of September, his back to back excellent creation made its way to the headlines and media sources were now calling him the First Rank Designer of the era.

Moreover, his collections have been displayed in a number of exhibitions, with the most recent one at the Fashion Institute of Technology in 1998 as well as at the Architects of American Fashion at the Atheneum of Wadsworth in 2002.

In summary, the fashion industry of the United States of America could never stand where it is today if Norman Norell did not put a significant effort in bringing a positive change in the industry. The fact that he took notes of the quality from the French couture was a well-evident fact that he wanted to bring revolution in the way America looks at women fashion. In the end, we will say that the artist was inevitably the Father of American Fashion in the way to make a statement for decades to come. The fact that this style is still celebrated and looked upon as the ultimate inspiration is how Norell truly deserves to be the epitome of creativity.