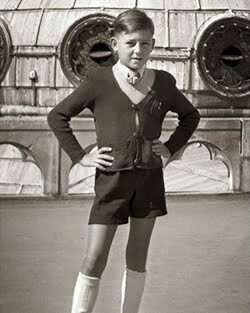 The roaring 20s were a period of renewal after the destructive First World War. People needed to feel the days were brighter and hopeful, which showed in aspects such as fashion. The dour colors of the pre-war years were giving way to more colorful outfits with bright hues such as pinks, electric blues, and lime green. Children’s outfits, especially for girls, were colorful and decorated, while boys got outfits that allowed freer to play. The 20s also saw the mass production of garments which made fashion trends catch on faster. Renewed prosperity enabled families to buy more outfits for their children. 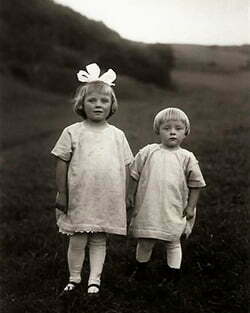 Before the 20s, fabrics such as lace, velvet, and silk were for more monied families and worn only for very special occasions by common families. In the 20s, these fabrics became more affordable. Blended were tougher allowing children to wear garments that could withstand play and many washes.  The late 20s also saw the discovery of nylon which was a game-changer in making light and durable clothes for children.

Designing for comfort BY FASHION DESIGNERS

Dressing in pre-war years, especially for common families involved layering several garments, as children largely wore like adults. Boys would wear a vest, shirt, a waistcoat (older boys), and a jacket or coat. Better fabric making in the 20s gave blended fabric that offered better protection while being comfortable. Children could wear fewer garments, like a dress over a pair of stockings. 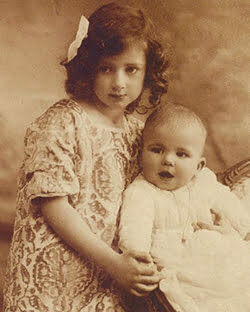 Children under 2 years wore a one-piece gown called the christening gown, which came with a matching bonnet. After 3 years, boys and girls started wearing different outfits; knee-length dresses with peter pan collars for girls, and button-down shirts attached to shorts for boys. Both toddler boys and girls wore oxfords and lace-up boots, while girls had more variety in T-straps and Mary Janes. Older children 3-5 years wore sandals in warmer weather. 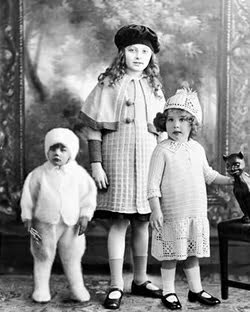 Girls wore knee-length dresses with drop waists that were elaborately decorated with pleats, layers of ruffles and sashes. The dresses typically came with rounded collars and long bow ties. Winter dresses came with long sleeves. Trim was generously used on the lower part of the dress. Colors were girls’ dresses were bright; lilacs, jade green, orange, and gas blue. 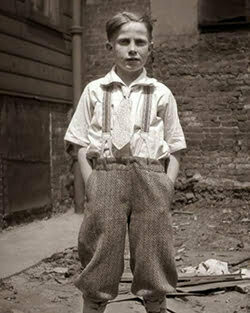 Clothes for boys became less formal in the 20s. Boys usually wore a one-piece overall undergarment with a separate shirt, shorts, and a belt if needed. Older boys wore long shirts that reached below the knee, known as knickers or knickerbockers. Shorts and shirts mostly matched in fabric type and color. Older boys started wearing adult style suits at around the age of 13 years. Almost all boys wore a flat cap, also called the newsboy cap. Footwear for boys was typically lace-up boots. Rubber-soled canvas shoes for children also emerged and started becoming popular for sports in the 20s.