1980s Best Love Songs: What Was the Number 1 and the Biggest Music Hits 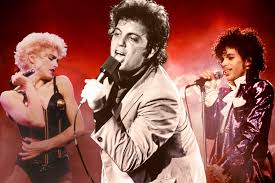 Everything in the 80s was all about the big and extravagant lifestyle, and love was not an exception. With the pop culture of the 80s, came some of the soul catching love songs that not only moved the decade but have remained some of the best love songs for years to come. These are songs that are still heard and played at wedding parties and will continue to make waves for decades to come. Love songs were found in every genre; from pop culture, to rock, soul and hip-hop.

Here are a list of love songs following the 80s fashion that will forever remain in our memory;