Christmas of 2020 is on its way! I guess you guys are trying to plan the to-do list for celebrating this special holiday season. As we all know, getting everything done can help you enjoy your holiday. Maybe some of you would like to have an old fashioned Christmas. All of us should spend some time looking at our holiday tradition. And I have to say to the vintage enthusiasts that do not forget that the Christmas season is a good time for all vintage items. Yes, right! We can use the valuable and nice vintage Christmas ornaments to decorate our family. We have prepared a vintage Christmas ornaments guidance. Hope it can help ease your work. 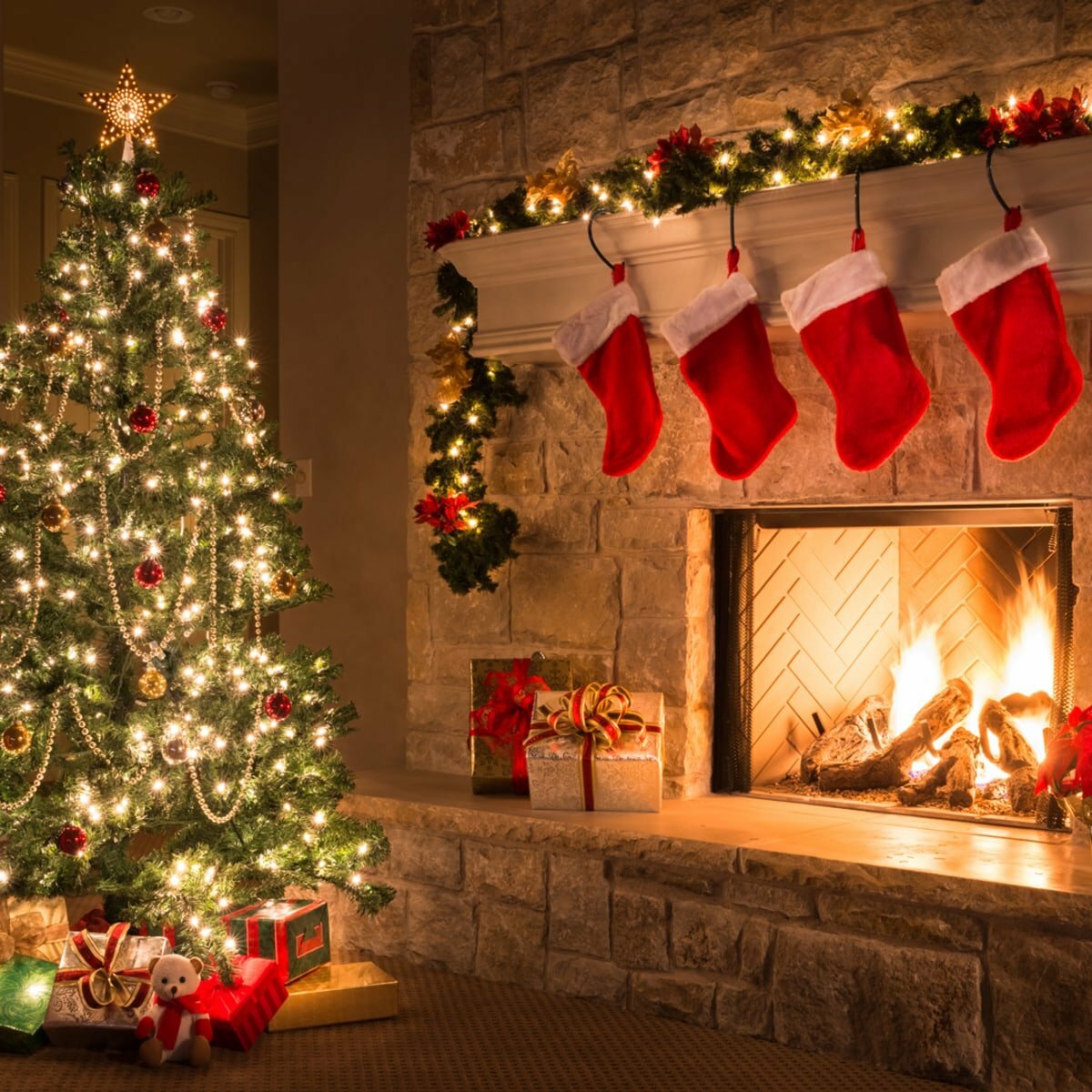 Are old Christmas ornaments worth anything?

Vintage holiday ornaments worth more than just sentimental value. Some people think the value of Christmas ornaments rests in their beautiful looks when they are hanging on the tree. Some feel that their value depends on how long they have been in their family. However, for collectors in the world, the value of them rests in more, such as the art, the memory, the materials, and so on. Some families also take old items as their heirlooms. 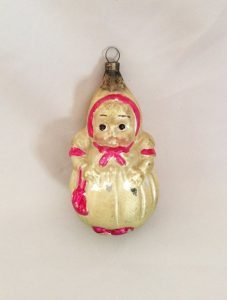 As you can see the glass Christmas ornaments hanging on the holiday tree, those figural ornaments that were shaped like people or things have the greatest value. In contrast, these plain old glass balls are not much valuable.

One of the most important things that you have to pay attention to is that most of the vintage Christmas decorations have some soft wear. Because they are old, produced in the past decades. Every year, people might use them to decorate the trees since around the turn of the 20th century in the 1920s. 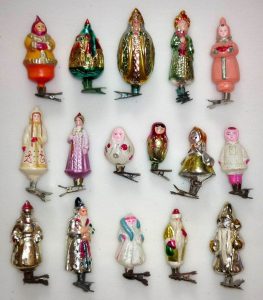 As the king of the figural Christmas ornament, the “kugel” was expensive, at least more than $500. The “kugel” was first produced around the 1830s in Germany. They were so heavy that they were suspended from the ceiling rather than hanging on the tree. But later in 1855, the “kugel” had the thinner version, so as to be used to hang on the holiday tree as decorations. 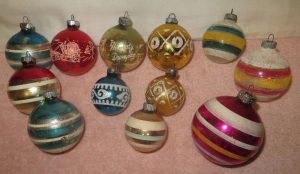 As the vintage figural ornaments do need a higher price to get, you can also choose the affordable glass ball Christmas ornaments without much money. For example, you can use money under $60 to have an entire box of stenciled Shiny Brite ornaments dating to the 1940s fashion.

How do you identify vintage Christmas ornaments?

Even if you’re not an experienced collector, there are a number of clues to identify the authenticity of Christmas decorations.

1.Telling a vintage ornament by its feel

As we knew, modern ornaments are usually made of synthetic materials or hard plastic. Some producers use those synthetic materials to mimic old fashioned mercury glass. Thus, you can tape the decoration to feel it, and then make sure if it’s glass. Some experienced people do tell a vintage piece by its bronze color and feel.

2.Checking the look of the old ornament: color & shape

Generally speaking, vintage Christmas decorations look less shiny. Those that were mouth-blown weren’t perfectly shaped. Otherwise, there was a pontil mark on the bottom where the glass was broken off the blowpipe.

3.Watching the cap on a vintage Christmas ornament

The cap on the antique or vintage Christmas ornament may indicate the age of the old item. 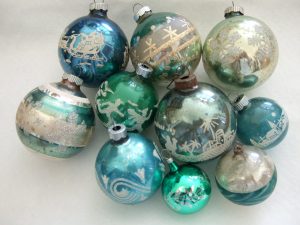 Usually, vintage Christmas ornaments have a simple silver metal cap. They are dull and not very shiny, some of which were stamped with West Germany or Czechoslovakia. A vintage cap may have been oxidized and even rusted, showing a darkened color. But all of those were their worth and characteristics. On the contrary, modern ornaments have fancy frilly and ornate caps. Even if the modern ornament is silver, it is thinner than the vintage one, because the modern one may be made of aluminum or plastic. 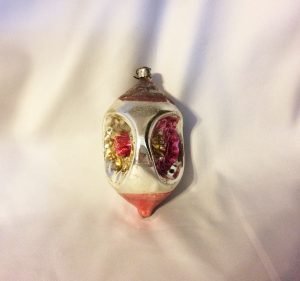 The glass Christmas ornaments from Germany before the 20th century had plastered metal caps. The spring cap that we can still see nowadays, was invented in the 20th century. But before people used the spring caps, they used plaster to adhere to the cap of the ornament and the hanging ring. This process was time-costly and tedious. 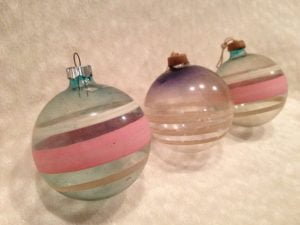 During World War II, due to the shortage of certain materials, the Christmas ornaments from 1942 to 1945 had paper caps. Instead of silver caps or metal caps, people used paper caps or cardboard caps. Those kinds of ornaments with paper caps today are rare to see.

4.Examining the condition of the vintage Christmas ornament

By examining the condition of the vintage ornament, you can also find some telling marks from the top under its cap. The stem or neck is usually a little darker in color, or a little silver deficient or painted. Ornaments may have a certain degree of discoloration or speckled form. They are not perfect, which is just their charm rests in. Old-fashioned glass accessories tend to show some mild wear and oxidation, especially in the pike and hat area. Hand-painted decorations are old and are often scratched or slightly worn. Old decorations often have a small amount of paint come off. Substantial, even slight wear and tear can indicate that an item is antique since most modern accessories are almost indefeasible.

5.Ensuring the use of mica in vintage Christmas ornaments 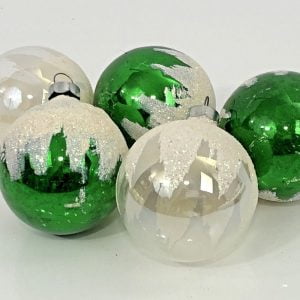 People like to use mica to make Christmas ornaments in the past decades. Mica was, and still is, a popular decorative material to imitate snow. The mica texture on the decorations or any Christmas decorations can help identify the age of the item. In the past, the earliest mica used larger particles, which created a more bumpy, textured surface. However, modern mica is more uniform, less granular, and has a heavy sheen. Sometimes the mica flakes of vintage Christmas ornaments will fall off or disappear.

The vintage Christmas ornaments of each era and generation reflect the history of the time, which adds authenticity to any display. During the Art Deco period, for example, ornaments tended to contain linear and geometric elements, complying with the 1920s fashion. In the 1950s and early 1960s, plastics and aluminum were all the rage, reflecting the new emerging materials.

Vintage Christmas ornaments and decorations are the best gifts for decorations for your own home or for other nostalgic Christmas-lovers.