The fashion of the 1920s was a great change from the conservative and dramatic fashion of the 1800s. The dresses were shorter and the string of pearls was longer. This iconic decade of alluring and modish apparel is still an inspiration for many fashion statements to this day. One of the fashion staples of the time was a chic pair of stockings. The 1920s were the decade that really began to bring attention to women’s legs when it came to fashion. There were many styles and colors of stockings that they wore in the roaring 20s, the decade of partying and looking sexy and free while doing it. Here’s all you need to know about the stockings’ trend of 1920. 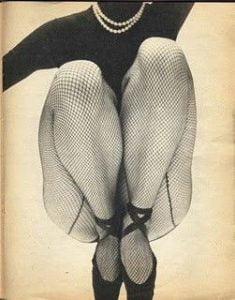 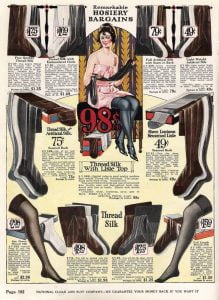 Some of the materials used to make stockings in the 20s are rayon, silk, wool, and cotton. While solid colored was the most commonly opted-for style of stockings at the time, it was also popular for women to go for feminine patterns such as floral embroidery on their stockings for a fancier look. Striped, checkered, and polka-dotted stockings would also be seen with many outfits worn by women who weren’t fans of the completely natural look. 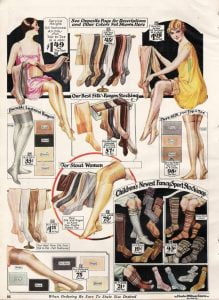 Contrary to popular belief, black sheer stockings were not the only type of stockings worn by women back in the day. Here are some of the many colors that women went for while picking their stockings for their outfits in the 20s.

A classy pair of stockings was the best part of the luxurious outfits of the 20s, and you can recreate them still today by following our guide about the styles and colors of the stockings in the 1920s. If you’re feeling like it, you can even go for the garter flask, which was a popular accessory back in the jazz age.