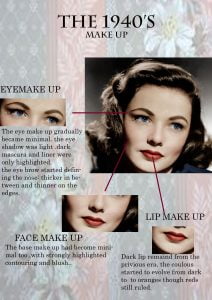 After the second world war, women wanted to embrace their beauty and feel confident even in times of depression and uncertainty. The makeup trends and tricks become famous all over the world and are still loved by many up to this date. If you want to know more about what makeup women used back in the 1940s or how they did it, then you are in the right place. Keep on reading to know more about the history of the makeup of the 1940s. 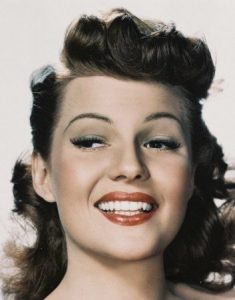 Back in the early days of the 1940s, the general eye vintage makeup for everyday looks was based on creating an eye-catching yet natural look. Brown-toned and gray eyeshadows were used to cover the eyelids and then were highlighted a little by adding in some beige highlights. After that, the mascara was applied to accentuate the lashes and help them appear longer and darker. For the daytime, less amount of lashes was considered to be normal but for the night time, a satisfying amount of mascara was to be applied to create a doe-eyed, stunning look to get all heads turning. Cake mascaras like Maybelline were quite famous among the young women who wanted to get the perfectly breath-taking eye makeup look. The eyebrows were thicker when compared to the last decade, the 1930s. This time, women went for thicker and fuller eyebrows, they also groomed them neatly and carefully into thicker looking arcs, any spares areas were then filled with brow pencils to complete the look. They even used Vaseline as a gel to groom them into the desired shape. 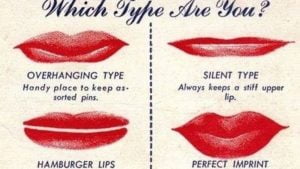 Just like the last two decades, the bright and bold red lips were the talk of the town for all women. All of them preferred shiny and glossy red lips that could be seen even from afar. Other than red, orange was the next color that came in line when it came to trendy lip colors.  The women at that time thought that their looks were incomplete with the perfect bright red lips. Lighter shades of red and orange were worn throughout the day and the darker ones were for evening or night glamour. Lip liners were also considered essential to complete a lip look. 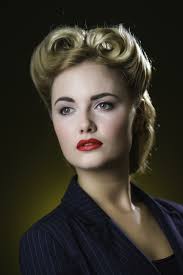 Back in the 1940s, the makeup for the face was based on looking naturally glowing and smooth. That is why most women wore foundations that were a shade darker than their actual skin, the bronze colors helped them achieve the smooth glowing look and was then finished off with gently patting on the powder that was of a shade lighter than the foundation. As for the rouge, also known as the blush, was applied to the apples of the cheeks and was blended well. Rose colors were preferred for the rogue shades to help the cheeks look flushes and feminine.

We hope that this guide helped you under the history of makeup in the 1940s better and appreciate it more. You can use the tip and tricks they used to create new styles in the future and look your best at any event.