You are here: Home / Fashion History / Fashion Designers / Top 10 Most Famous Jewelry Designers and Brands in the 1950s

Over the course of time, the jewelry industry has seen big designers rise and fall, and the 1950s fashion was no different. During the 1950s women’s fashion, jewelry styles witnessed a radical change, with emerging jewelry trends developing in England and the United States. Although the big stage played host to new names, France remained the safe haven for wealthy and style-conscious women all over the world and today,1950s costume jewelry designers, top dealers, and collectors still seek out unique pieces from that decade. But which designers were responsible for churning out those masterpieces? Below are the top ten jewelry designers of the 1950s. 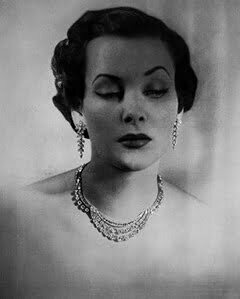 Van Cleef and Arpels have been A-list jewelry designers since the 19th century, specializing in producing luxury jewelry, watches, and perfumes since then. Van Cleef & Arpels designed high quality and superb original pieces of jewelry in the 1950s, including the amazing Zipper which was worn as either a bracelet or a necklace.
Other iconic Ballerina brooches, as well as woven gold, were introduced by them in the 1950s. 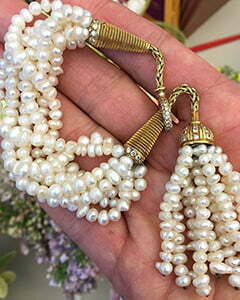 While the house of Boivin designs reflected the emerging and dominant trends of the 1950s, they were interpreters and not imitators. They churned out many original and innovative jewelry designs and were ahead of many jewelry designers as many of their pieces showed. The Quatre Corps rings designed in 1950, Pampilles ring were some of their signature designs. 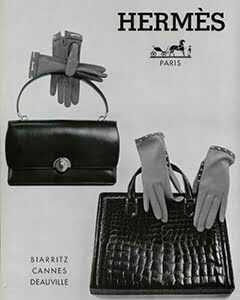 Although well known by that time for their quality leather goods, Hermes were designers of very fine jewelry. Hermes’ favorite motifs were nautical pieces with necklaces and bracelets of woven gold. Though their jewelry remains status symbols, a lot of its quality has waned over the years but still making it to the top ten jewelry designers of the 1960s. 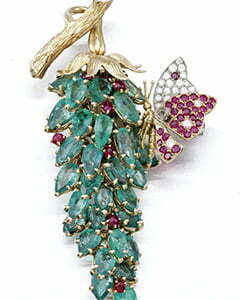 Marchak was a small house jewelry designer, but that counted for nothing as they produced wonderful, original pieces with top-notch workmanship. Throughout the 1950s, Marchak produced nature-inspired jewelry, including The Rind, a naturistically textured ring with color-graduated rubies. 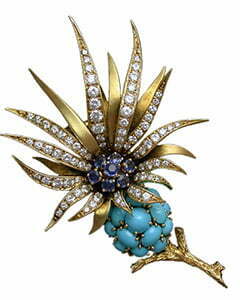 Unlike others before it, the Pierre Sterle brand began its journey to prominence in the 1950s. He embraced Naturalism and went on to produce masterpieces that demonstrated how original he was in his interpretations. 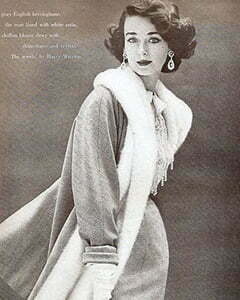 Throughout the 1950s, the jewelry powerhouse produced jewelry with traditional designs. Inspired by the beauty of nature’s majestic blooms, Harry Winston’s designers introduced the Sunflower motif in 1950. From the 1950s through the 1970s, his stores were the first-choice destination for celebrities, royalties, and business tycoons alike. The concept of clustering, which has gone on to become Harry Winston’s signature technique, was formulated in the late 1940s and gained prominence in the 1950s. 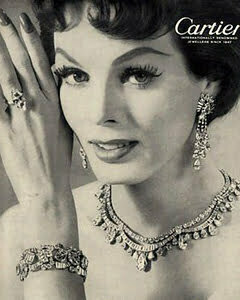 As jewelry designs continued to emerge, jewelers, particularly Cartier, were inspired by Indian designs and the paisley-shaped motifs became popular, but not without the help of Cartier whose designers helped popularized the Asian design. The Cartier bracelets of elephant heads, tailored to Indian taste with rubies and sapphires are a great example of these motifs.
Cartier also embraced naturalism (which had become the major theme) and the sleekly stylized creatures of the ‘30s and ‘40s were created anew with skill and expertise. 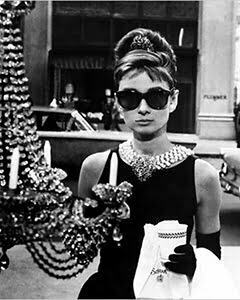 The American luxury and fashion giants also dominated jewelry markets as they had done since the 19th century. In 1956, Tiffany’s invited the super-talented designer, Jean Schlumberger, to open his new salon, the first of a series of named designers that crafted some of the finest designs of the decade.
As the 20th century progressed, Tiffany’s pieces embodied the spirit of the times, and the 1950s was no different. Throughout the 1950s, their designs accented the dresses of the world’s most glamorous personalities. 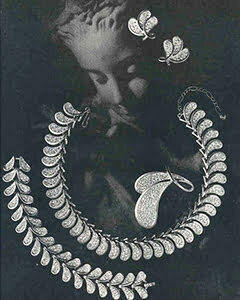 Louis Kramer of New York, along with his brothers Harry and Morris, designed and manufactured some of the best costume jewelry and became one of the most known 1950s costume jewelry designers. Their works were marked ‘Kramer N.Y.’ or simply ‘Kramer’. Across that decade, Louis designed bright and elegant floral designs that stood out. He also produced jewelry designs for Christian Dior which were marked ‘Dior by Kramer’. 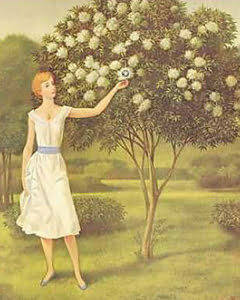 The hugely successful De Beers’ advertising campaign of the late forties titled ‘A Diamond is Forever’ made diamond engagement ring the norm throughout the fifties. This was possible by producing rings and other jewelry designs with clusters of small diamonds, as opposed to the one-stone design that was in vogue. This saw the sales of diamonds rise by 55 percent in the 1950s therefore making De Beers part of the top ten jewelry designers.