The Victorian era was gone. Society did not show off their wealth in jewels anymore like it was done in the Victorian era. It was either kept in vaults or safes or some were sold off to relieve the setbacks brought by the war. The wealthy society just showcases a little piece or two out of their collections so as to show that their wealth was still much intact. 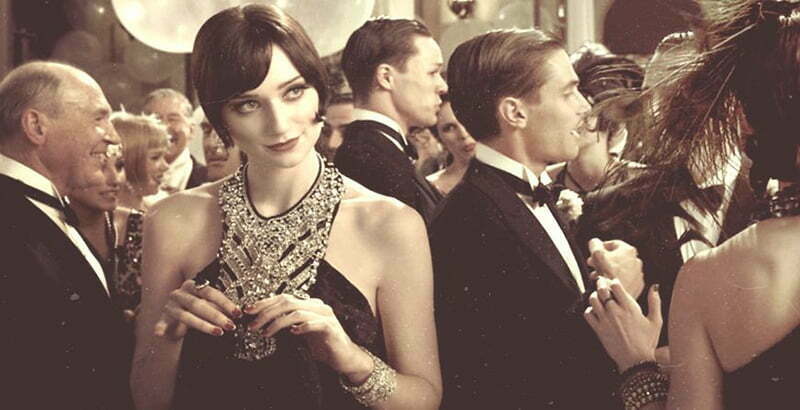 In the 1920s women’s fashion world, women began wearing plastic made jewelry as it was affordable and in style. Coco Chanel, one of the iconic female fashion designer who was known for her different brilliant ideas also brought the use of costume jewelry. She introduced the costume jewelry to fit with her cloth designs. 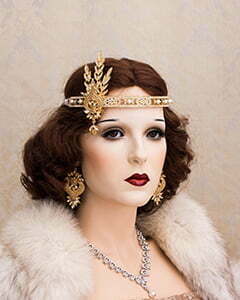 The roaring 20s fashion witnessed different jewelry styles. The popular one was the pearl necklace. The pearl necklace was made in long strands that can be fashioned to create layers on the neck. The higher the number of layers, the better for the flapper girl. As it was then in the 20s for a flapper girl, everything about her must dazzle and shine. The long pearls were worn to adorn the neck, draped over the shoulder, and were even positioned to make layers at the back instead of the chest. There were other long necklaces like the ‘Sautoir’, which had a pendant like shiny stones at the end of the necklace and was mostly worn draped over the shoulders or over the back. Other neckpieces were the dog collar necklace, bead necklace, and so on.

Bracelets were also worn to give the arms some adornment, but you should guess how a flapper girl wears her bracelets, colorful and plenty on the arm to make jangling noises wherever she goes, the more the better. The bracelets were made with different materials like metal, bone, shells, plastics, even wood.

Earrings were the rave in the life of a 20s woman as earrings brought out their faces. The 1920s women’s fashion saw different earring designs especially the teardrops earrings. These teardrop earrings were mostly worn to formal parties and it was mostly designed with diamonds. Other gems adorned to earrings were jade, onyx, coral, turquoise, zinc, marcasite, and other semi-precious stones. Other shiny adornments were brooches, gem-studded hats, gem-studded belts, rings, and so on. 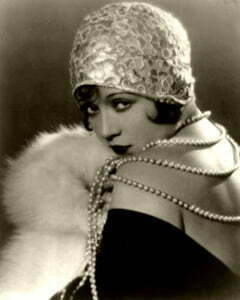 It is interesting not to forget where the 1920s women’s fashion inspiration came from. Some of which were the Art Nouveau movement, the discovery of Egyptian artifacts, Asian fashion, African arts, and other exotic discoveries. These things inspired designs in the roaring 20s fashion, including jewelry. Jewelry designs were beautiful and creative as designers used different gems and gem-like materials to make alluring jewelry for the 20s woman. The women in the 1920s really adored their jewelry and with its affordability and eye-catching cuts and styles, every woman coveted to have as much as they could afford.

Tiffany, Cartier, and other solid brands are still well-known today for their lasting legacy of delivering the best of jewelry. Having a vintage Cartier today is a big deal with collectors spreading their eyes out to cop one or two.