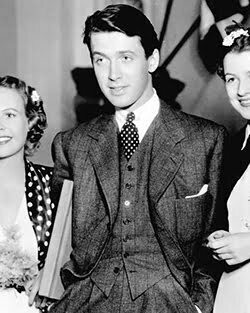 The 1930s saw financial difficulties for many people in Europe and America. There were drastic cuts in spending in many homes, which included spending on clothes. People wore fewer and cheaper outfits. As heads of families, men were hard hit and it showed in the slow change in men’s fashion in this period as compared to women’s fashion. It was also the decade when Hollywood made its mark on fashion. People everywhere looked to their favorite movie stars for fashion inspiration. The silver screen showed men in tuxedos, double-breasted suits, and loose-fitting trousers which largely set the trend for the common folk. Men largely dressed conservatively mostly in suits, but more men adopted work clothes because of getting into wage labor. How did the 1930s gentleman dress? 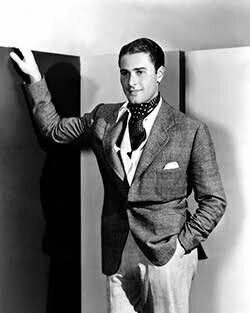 The early 30s man’s suit was designed to show masculinity. The suit was cut to add to his height and width, waists were narrow and legs were full to complete the silhouette of the ideal male. In the early 30s, loose-fitting cuts enabled tailors to save on fabric while keeping this full figure. High waisted pants featured pleats to create a draping effect and make the leg appear fuller. An iron crease at the front made the leg stand fully. This was a period when flaunting was frowned upon, which saw many outfits retain somber colors like black, grey, brown, beige. A light blue hue was considered colorful enough.

Men with few outfits wore mismatched colors to add variety to their fashion. The popular way to wear this was having a solid color jacket and patterned trousers, or vice versa. The darker color was worn on top.

The affluent man also wore a summer suit in the warmer summer weather. This suit was of lighter fabric and brighter colors. White was preferred, but light greys were also popular for easier cleaning. The summer suit featured subtle patterns.

Economic stability started to return from the mid-30s which also showed in more generous cuts and use of fabric. As such double-breasted suits with wide padded shoulders were popular. The suit was usually worn with a waistcoat or vest coat to add to the bulk. Younger men experimented with longer more flowing jackets in the zoot suit style. This was a very baggy suit, sometimes of ridiculously outsized proportions. 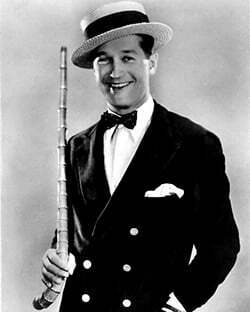 The sports coat was worn on casual events like sports, walking to the beach, or at home on weekends. It was typically worn with khaki, tan, ivory, white or blue trousers. Sportswear such as polo shirts and mid-thigh shorts were also worn by active sportsmen. Polo shirts were especially a hit in the 30s. they came in varied styles; zip up, button fronts, or with corded lace-up. Cotton polo shirts were hugely popular at tennis games.

Men’s swimming trunks were made in one piece. This could be in the form of a diver’s suit covering the whole upper body and the legs, or in the form of a vest with shoulder straps, attached to shorts that reached mid-thigh. 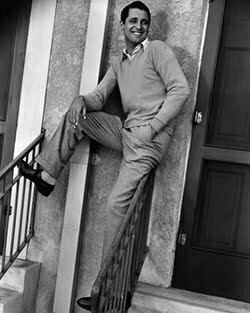 Oxford shoes in different styles were the main footwear for both formal and casual events. Brogues were popular especially in the summer as they were cooler. Fancy two-tone designs and white oxfords were worn in the summer. The toes evolved from square to an almond toe, to round blunt noses, to caped toes and fancy wingtips.

Tinted round sunglasses and fedoras were popular among fashionable men. Other accessories included wristwatches and key chains. A cigar humidor completed the picture of a dapper gentleman.