The 50s were a time to see and be seen. The economy was roaring and men (mostly) had jobs and money in the pocket. A man was still considered presentable when in a proper suit. The cut of the suit and the shirt made the statement on class and cash. Retail clothing was becoming more mainstream and men could readily access shorts at the local store from labels such as Van Heussen and Arrow. Those who could afford bespoke went to their favorite tailors. Shirt designs became more varied in fabric, cut, and silhouettes. New names like Ascot Chang were bold enough to introduce new colors including shades of pink! 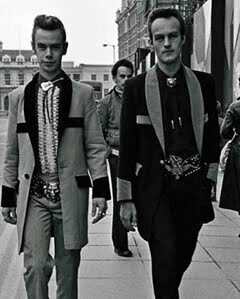 Men’s formal 1950s styles for shirts were mainly in two categories. There was the Ivy look shirt that was more traditional with a straight narrow pointed collar. The other was the Continental shirt with wider spread collars. This style was showier with a wider color palette including Malacca yellow, tangerine, melon, and other new hues. It was worn with funkier tie styles like the Windsor knot. 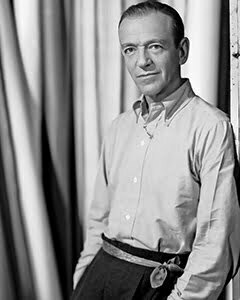 Men’s white dress shirts were still popular in the 50s, but they gradually evolved into the button-down shirt. The buttons reached to the neck, with a medium-sized collar. This shirt had one chest pocket but newer designs had two, sometimes made large for a more ‘casual’ look.

The California ranch-style shirt was very popular. Its long sleeves and plaid patterns had that outdoors western look popular with younger men and outdoors workers. Plaid was strongly trending; short sleeves for the summer and long sleeves for the fall. The 50s perhaps had the most interesting plaid collection in the history of plaid.

One interesting design was the button-up shirt that combined a shirt and jacket. It was usually made of heavy fabric like gabardine and in plaid patterns. This heavy shirt could be worn in mildly cold weather without the need for a heavier jacket or sweater.

The Hawaiian shirt was the most popular casual shirt. It had been popularized by soldiers coming back from the Pacific and became a hit especially for summer wear. The typical Hawaiian shirt had loud colors and natural motifs; palm trees, flamingos, and a variety of fish and crabs. This shirt was worn untucked. 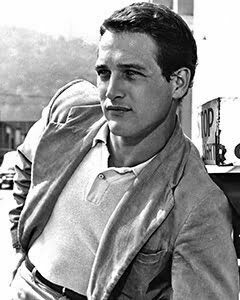 If you wanted a trendy Hawaiian shirt in the 50s, you went for a Star of Hollywood shirt. This was more thoughtfully designed while retaining the wild and outlandish patterns of the Hawaiian style. While the label fizzled out, it has made a comeback with contemporary designs.

Sports shirts included the polo shirt which remained popular as casual wear from the 1920s fashion. Striped tops were more acceptable to older gents who shied away from the shouty aloha shirts and t-shirts. Bowling shirts were also designed to be worn untucked but minus the wild colors and prints. These were also popular with older gents.

The 50s saw the beginning of interesting times for the shirt. If you are looking for vintage items, shirts from this decade should be definitely on the list.