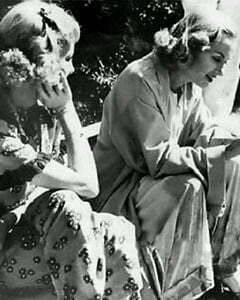 The straight and boyish looks of the 20s gave way to more feminine silhouettes in the 30s. The female form was highlighted in the draping dress of the 30s. The waistline was back to its natural line and hemlines dropped back to the mid-calf for day dresses and down to the ankles for evening gowns. The 30s were also known as the ‘Golden age of Hollywood’ when the screen silver stars were closely followed for fashion cues. Glamorous actresses like Carole Lombard and Jane Harlow were the trendsetters. Unfortunately, many women were in economic hardships and could not afford the fancy dresses they saw in the cinema.

But even in economic hardships, women had to remain fashionable. More affordable fabrics like rayon became the saving grace. Those who could afford went for luxurious silk and satin for evening dresses to glitzy balls of the high society. 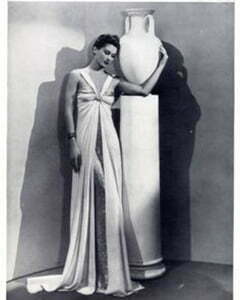 The long, sleek, and sexy silhouette were favored for ball gown dresses and cocktail dresses. The dress was design to hug the curves and bring out the feminine form and then fell to the ankles in a draping fashion in an elegant form. This hugging effect was enabled by the bias-cut which was innovated by Paris designer Madeleine Vionnet. This was cutting the fabric at 45 degrees against the weave, which brought the seams closer to the skin.

The art deco movement was still on with its Grecian and Egyptian themes. Designers aimed to create a dress that could drape the feminine in a statuesque feminine silhouette just like the Greek and Egyptian goddesses of the ancient world. 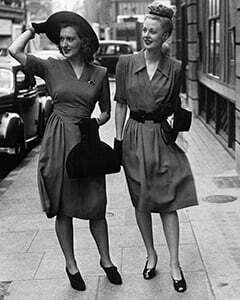 The ball gown was long and ideally made of satin or silk but was commonly made of rayon which is what the majority of women could afford. The fabric followed the curves of the wearer. Slim profiles were still preferable, but the dress also brought out curvier figures very well.  The bodice fitted closely with the bustline profiled sharply. The waistline was narrow with a narrow belt. The skirt was occasionally embellished with a V-shape yoke below the waist. It followed a line down to the knee and then dropped down in folds, tiers, or layers.

The way the fabric draped the upper body, and the skirt fell to the ground could tell much about the designer. This was because popular designs were copied in their thousands by adoring fans.

Many women had to learn sewing and tailoring as a survival tactic in hard times. Most of them borrowed cutting patterns from friends for DIY garments. Fashion magazines helped by carrying cutting patterns of popular designs. A party dress seen in the cinema would be locally available in a few weeks made of more affordable material. While designer dresses were in silk, satin, and velvets, the local tailor could easily make a knockoff from cheaper rayon, with a few differences that many women happily ignored.

The ball gown was often decorated with fabric flowers at the waistline or the bust. Popular accessories worn with party dresses were cloche hats, berets, and wide-brimmed hats in the daytime. The evening gown was commonly worn with strappy sandals in mesh design and metallic color. The peep-toe shoe that emerged in this era also became very popular for evening wear. 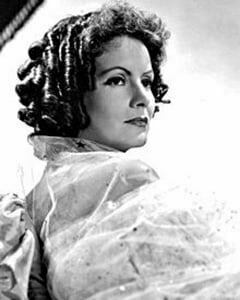 With the depression, few women could afford luxurious fabrics like satin and silk. Fashion designers did away with embellishments to keep their designs affordable. This kept designs simple and elegant with subdued details and small patterns. A thin belt was the most visible accessory in most affordable designs.

Designer evening dresses were mostly seen on Hollywood actresses like Bette Davis, Greta Garbo, and Marlene Dietrich. Their women fans closely followed how they wore their glamorous evening gowns on and off the screen. How was the dress cut? How did it fall? What fabric was the make? Even Hollywood glamour was a bit muted but still a source of fascination for many women.