The 1980s fashion was everything big and bold! The previous decades had seen mostly mini and quite simple fashion styles, but the 1980s dresses had come with an entirely different style. The 80s women fashion trend (especially that of the late 80s) was totally exciting and dramatic.

Everything fashion was touched in the amazing decade. The whole look of the women from head to toe had become so stylish with the mind-blowing trends of the 1980s clothes. Some of the decade’s wonderful trends have returned with full force and are being used today. You may have used some and not know they are from the 80s. Well, here’s a list of the best of the 80s fashion styles. 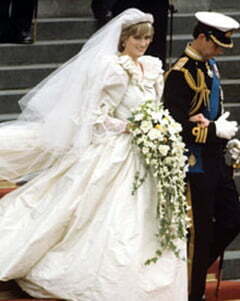 The puffy shoulder fashion was one 80s style that screamed boldly. The dramatic shoulder style which was a common evening look and office wear was a trend that required layers of shoulder padding to achieve. The height and weight of the shoulders became more than usual and were seen on most jackets, coats, and blazers. Other beautiful blouses also had an interesting shoulder trend on them.  Bold colors and patterns were regular features of puffy shouldered dresses and they were mostly paired with pencil skirts. Puffy shoulders still inspire lots of recent dresses and remain a chic way to appear bold. 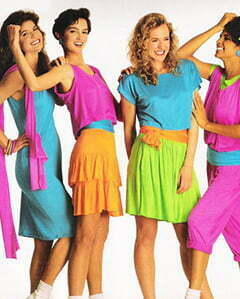 The 1980s dress styles were usually interesting and whatever was dramatic in fashion became a common trend. Bright and bold was what the women of the 80s loved and neon colors were perfect in expressing that. These bold neon colors became the focus of the decade’s fashion and every 1980s clothes were made of these colors. Beautiful patterns came as a mixture of these bold colors. The intimidating colors of the 80s can be incorporated into your clothing style. Just be sure to apply them to your wardrobe. 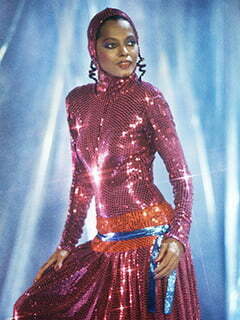 The definition of an amazing evening look of the 80s was a sequin dress. It gave an eye-catching look and made the women of the decade look stunning. Although it was a loud fashion, it gave a glittering and confident look to the wearers. The common sequin colors of the decade also added glamor to the trend. Neon colors which were the common hue trend of the era were seen all over the sequin dresses. The glamorous sequin trend is still very much alive and can be rocked to formal and informal occasions. Match your sequin look with an amazing hairstyle and makeup, and you are ready to stun everyone. 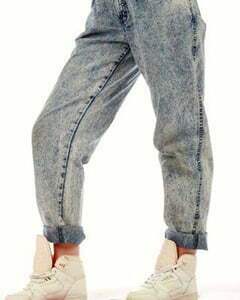 The jean fashion had also trended much during the 1980s but unlike other decades that had blue and jeans with other colors trending, the 80s had a unique style of jean; the stonewashed jean which is also referred to as acid-washed jean. It was named so because at that time jeans were being washed in a bleach solution and pumice stones. The style which debuted in 1986, was well welcomed and it became very popular during the era. Lots of the 1980s celebrities were spotted wearing the then-new trend. The trend was seen on both jackets and trousers with the stonewashed jean trousers being mostly high waist. They were worn as both casual and official outfits, just as they are being used in recent decades. 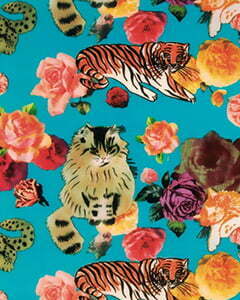 The prints and patterns of the 80s fashion were as the usual styles of the decade; bold and beautiful. Amazing designs were seen on all pieces of clothing and fabrics. While some of the prints and patterns had interesting designs and featured cartoon and movie characters, some others had all kinds of animal prints on them. Tiger, leopard, and zebra prints were seen on pants, skirts, gowns, purses, and on all pieces. The animal prints gradually became the most common prints and they were loved by both celebrities and other feminine fashion consumers. 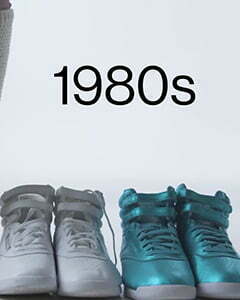 The shoes of the 1980s were also part of the trends that graced the decade. Different kinds of lovely shoes were common during the decade but the most common were the jelly shoes and pointy shoes. The then very cheap jelly shoes were introduced in 1983 by the Grendene shoe company. They were made of plastic and came in the bold colors of the decade. They were very comfortable to wear and were used for different occasions. The pointy shoes were also popular during the decade in lots of bright colors and were beautiful office and hangout wears. These shoes are still popular trends today and have been modified to suit recent fashion.

The 1980s women fashion have greatly inspired recent trends. Lots of fashion styles and wardrobe staples have been birthed out of the 80s fads. Modern-day designers have embraced the styles of the fashionable decade and these styles are being seen on the runways and fashion markets today. All you need to do is create shopping time and get some 80s fashion outfits that will make you look trendy.