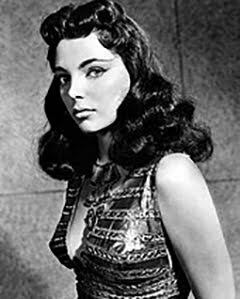 The 80s were bold and big; literally. Puffed shoulders were on vogue as women made a statement that they had firmly arrived in the corporate world. Women’s fashion witnessed bolder creations from rising fashion stars like Gianni Versace with his scandalous designs. it was a decade when wearing street fashion was as fashionable as haute couture. Women would spend their workdays in big-shouldered masculine power suits and change into sexy feminine ball gowns for the annual prize-giving. Glitzy and glamorous fashion icons like Princess Diana were the trendsetters alongside showbiz stars like Joan Collins.

The evening gown of the 80s remained the most elaborate among evening wear. The traditional floor-length ball gown had changed a lot over the year but it was still the expected attire for formal evening events. The 80s ball gown dresses were designed to amplify the wearer’s felinity in an era when women were increasingly seen in masculine power suits. 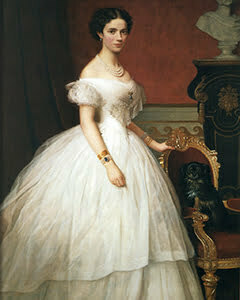 The necklines of the 80s gown were low with strapless gowns becoming increasingly popular. The V-neckline was preferred for more risqué gowns. Some daring designs had the V plunging to a level below the bustline. Unlike the gowns of 20 years before, the 80s gown was not big on modesty and the cleavage was borne for all to see and desire. The bodice was form-fitting with cross-wraps embellishing some designs. Gowns with straps showed more bareback because the straps could support a lower hanging dress. The one shoulder strap design was very popular, especially for long and slim designs. Sleeve designs were also varied. The bare-shouldered gown with hanging sleeves was very popular but a few designs had slim sleeves reaching above the elbow or slim sleeves reaching slightly below the elbow. But the strapless gown was by far the most popular.

The long sleek columnar design inspired by the 30s saw a comeback in the 80s, in more elaborate layered chiffon.  The Victorian-inspired full-skirted princess gown was still trendy especially for more colorful evening occasions like weddings. Some women stepped out in the tea-length prairie-style dresses of the 40s. The feminine shape was still highly desired. Shapewear was becoming popular to wear for the desired silhouette. Elasticized fabrics were used to hug the curves with better comfort. The Wonderbra had also become a hit for the perfectly shaped bust.

The short and wide Le Pouf gown became a big hit in the 80s, selling millions of pieces. There was also the short and full-skirted mini-crinoline with Victorian inspirations. Glamorous 80s ball gowns were bright and vibrant with a touch of glitter and sparkle added with sequins and metallic shiny colors.

Decadent showoffs were acceptable in the 80s and people were not afraid of stepping out in opulent gowns that showed newfound or old wealth. The point was to get noticed and admired. Haute couture was desirous and coveted.

Versace gowns-What’s Behind the Resurgence Of Versace? 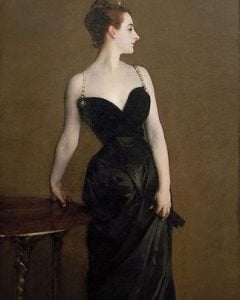 One of the most sought-after fashion designers was Gianni Versace, who made a name with his sensuous and luxurious designs. He was not afraid of pushing the sexuality edge, his designs creating a buzz every time a star stepped out in one. The designs were sleazy-come-to-mainstream. They hugged the curves, revealed the hidden, and profiled the bust such that you could not miss it if you wanted.

One of his most famous designs was the ‘Madame X’ gown. It had a deep plunging neckline and straps so thin they looked like they could slip off the shoulders. The straps were top-stitched and in silver-tone with a deco style. The torso was made of heavy black crepe reaching to the thighs.  It was lined with black silk and closed in the back with a hidden zipper. The fitting bodice was designed to hug the curves in a smoother profile with a built-in bra.

The chiffon lower skirt was bias cut to hug the hips and reveal the legs. The skirt was made fuller with five layers of silk chiffon, with different colors; red in front and black in the back. The under layers had side slits and also closed in the back with a zipper.

The 80s allowed women to wear their fashion big and bold without hang-ups. Stepping out in a ball gown worth hundreds of dollars was expected and desired.

Should 80’s style ball gowns trends never come back? It should come back.