When you think of the 1980s fashion, the words big and bright surely sum it up. Fashion in the 80s was all about exaggeration. Everything was big, bold and utterly glam. It was a decade of big hair, bright neon colors, large accessories, padded shoulders, ripped knees, lace shirts, leg warmers, high-waisted jeans and also the ever-so-famous mullets. These were the most common fashion tactics that many people of that era adopted. The 1980s blessed everyone with some golden fashion moments whether it was for men, women, or the children. 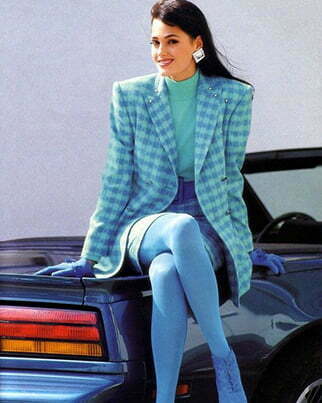 The 1980s is considered to be the liveliest era of the century because of the fashion proposals it gives to the people of that time period. Some of the most alluring yet daring fashion ideas were invented by the women of the 1980s as well. In the 1980s, women wore shoulder pads, power suits, and beyond. We cannot reference 80s fashion without mentioning shoulders pads. As wide-broad shoulders became an image for the strength and power of women, they started ditching the petite and feminine silhouettes of the decade before. Leather clothing was the zeitgeist of the 1980s women’s fashion. You could easily turn a simple look into a glamorous one by adding a mere leather jacket in your outfit.

The 80s fashion was all about grabbing others’ attention with the help of colorful outfits, and eye catching neons. Graphic shirts were also one of the casual looks of the eighties that we never grew tired of. A simple illustrated image or text printed in bold fonts plastered in the middle is still preferred by people to this very day. 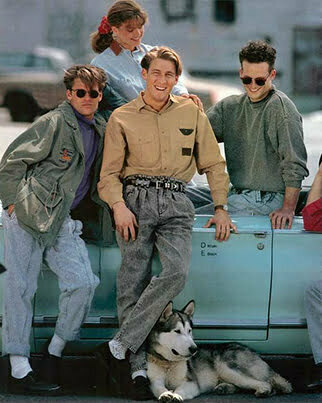 For men, the 80s was nothing less than a punk rock concert. Leather, denim, silk, and even disco ball fabric was what framed the men’s fashion around the 1980s. Double denim is the style from the eighties that is still trending till date. Also known as the Canadian tux, double denim made a special place in the hearts of many. Oversized printed shirts were the common style of the 80s. Leather jackets also gained popularity in the 80s because of rock stars like the all time famous, Michael Jackson. 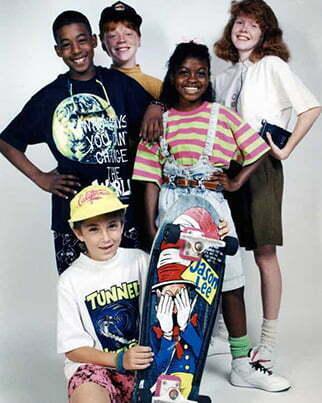 In the 1980s, children were inspired by the fun, cool, colorful, and unique fashion of adults. Many different fashion styles like vibrant neon colors, funky accessories, long and frayed hairstyles were considered most favorable by the children of that era. Flashy head bands, goggles, leg warmers, and baseball caps were also huge in the 80s for kids.

There is no doubt in saying that the era of the 80s brought about the best fashion sense in the world with its significance. People of this era enjoyed colorful fashion and also found their style. The era of the 1980s not only just captured the heart of many people but it also left behind its many bright and glamorous fashion ideas which we can see in our current modern era as well.