There are a variety of elements that affected 1950s hairstyles, mostly including Hollywood movie celebrities, World War II, and thriving of hairdressing and use of technology. However, today most people especially the wealthy like to imitate the 1950s styles of hair, why? Probably due to the celebrity’s effects and fashionable features of 1950s Hairstyles. Then let us introduce the most iconic hairstyles and corresponding celebrities in the 1950s, maybe you are very interested in how their hairstyle like in the 1950s, naturally, the reason mentioned before that why people in modern-day like imitating 1950s hairstyles will understand. At the same time, I will tell you which modern stars and celebrities like to imitate the 1950s’ corresponding celebrities’ signature hairstyles. 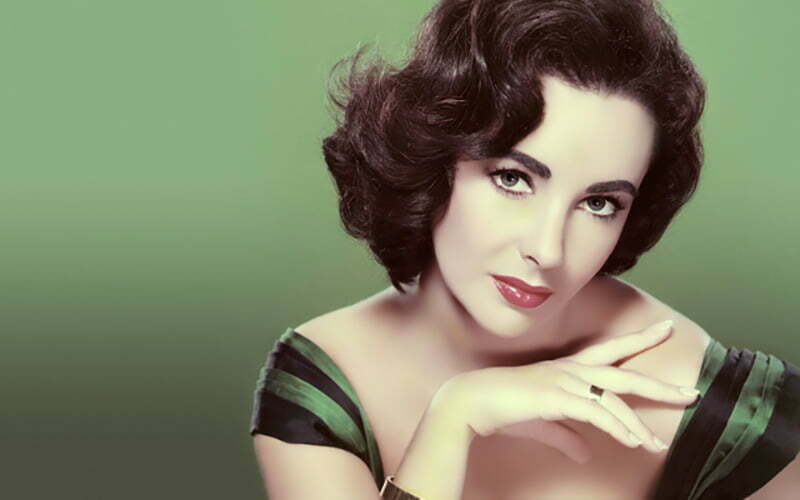 A lot of 1950s and early 60s’ Hollywood movies demonstrated popular hairstyles in the 1950s. However, movie stars and singers accepted everything from rebelliousness to full-on glamour, all over the country, which reflected in new fashion and hairstyle trends. Old Hollywood retro looks gave inspiration to a variety of modern and trending hairstyles. The latest hairstyles were affected by famous stars like Audrey Hepburn, Grace Kelly, Elizabeth Taylor. The trademark looks were owned by other stars like Marilyn Monroe, which stimulated women to follow suit. 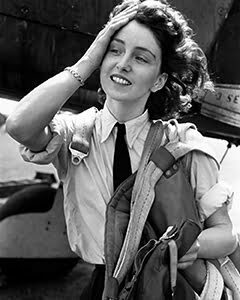 With the aftermaths of war were gradually disappearing, countries were re-building their infrastructures, altogether along with dresses, women changed their hair appearances for mostly the soldiers returning home, which aimed to give a new appearance to the home-comers. For more feminine, romantic, and elegant touch to welcome their loved ones, the formal dress and hairdo in long hairs were chosen by women. With teenagers and young adults struggled to break away from the former, more conservative World War II era, hairstyles changed dramatically in the 1950s.

3.Thriving of Hairdressing and use of Technology on 1950s Hairstyle

Lots of hairstyles were created due to the fast growth of the hairdressing industry, which was the reason why the births of numerous beauty-salons on the beauty canvass witnessed by hairstylists in the 1950s women’s fashion. When used with styling gel and hair sprays, the pillar in the boom of hair salons is the invention of the blow dryer. The key ingredient of inventing many 1950s hairstyles was this combination.

By patenting a variety of hairstyles and hair salons, Grace Kelly, Bettie Page, and Audrey Hepburn these 1950s hairstyle’s gorgeous stars and icons facilitated the popularity of hair salons. Meanwhile, Dior and Chanel did very well in matching suitable clothes for 1950s women hairstyles. It was mandatory that dyeing hairs matching to popular movie stars and models of fashion magazines for girls, which aims to generally emulate the 1950s hairstyles.

1.Why people are emulating the 50s hairstyles

People especially the wealthy loved to emulate the stars and celebrities of their day, the 1950s was a period of trying with new hairstyles. The 50s were really classical and romantic coexist, which can show in the transition of big large sultry shoulder-length curls to short and sweet pixie haircuts. People today are emulating the 1950s hairstyles when they want to make a fashion statement, or just due to a theme that can truly inspire them is the 50s fashion.

Women with curly hair had the fashion benefits, which results from the poodle cut was popularized by Lucille Ball. Her strawberry blond style is very iconic. Also, Zola Taylor and Jackie Kennedy (on her wedding day) all sported a poodle cut. 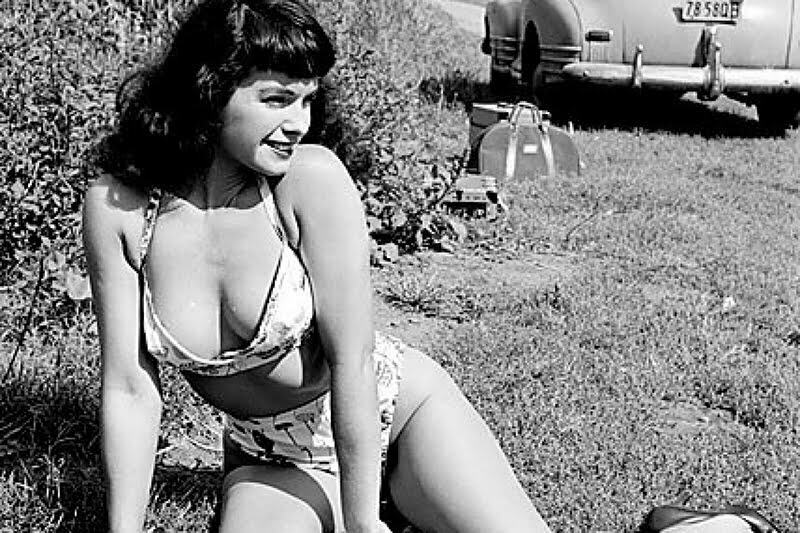 The hair was worn sleek and smooth anyway, maybe with a slight wave at the front or the sides, which all depended on the wearer’s choice. The ends of the hair were always turned under in a continuous and smooth U-shaped roll. The jaw-length hair in a sleek pageboy was usually worn by Grace Kelley. 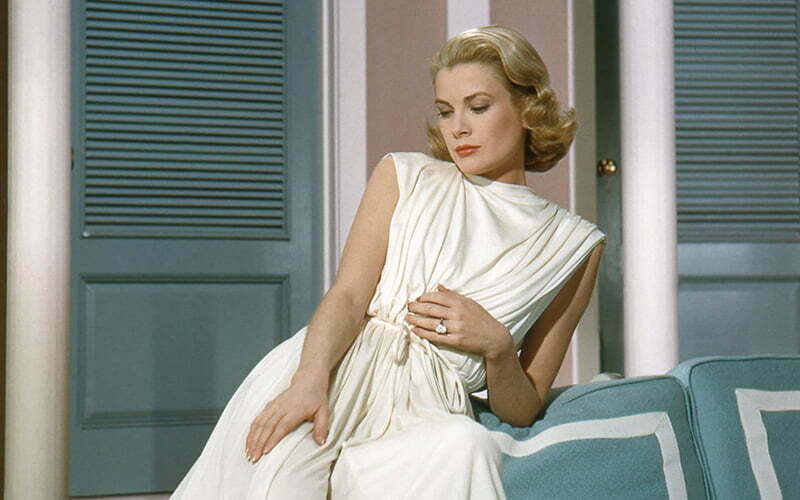 In the early ’50s, a really short, elfin hairstyle emerged as a most noticeable hairstyle of character Audrey Hepburn, especially when her long hair cut during a scene in Roman Holiday (1953). A very short and layered hairstyle, almost masculine, cut with a high-cut fringe, which was called “ pixie cuts”.

This shorter, slightly less voluminous version of the classic bouffant was loved by many actresses and female singers of the 1950s, especially Elizabeth Taylor and Marilyn Monroe. Despite great care of hair to make it naturally curly, the signature of this look was perfectly curled and coiffed hair. 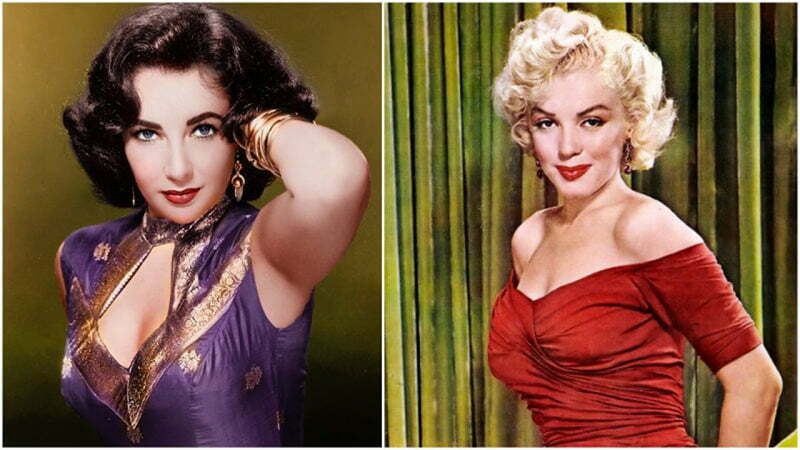 The voluminous curls and soft waves have worn on a heavy side-parting were shown in the entire 1950s. Adding a strong red lip can make the look perfect. 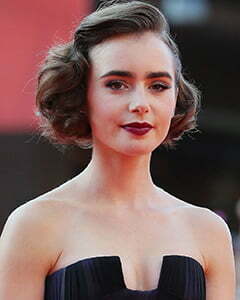 Elizabeth Taylor’s had the flicked dark brunette curls, and a fun and feminine look was created by soft waves. When it comes to red carpet dressing, Lily is serious and she likes combining modern dress shapes with feminine vintage ‘dos to make soft face-framing styles.

When Emma Watson finished filming Harry Potter, it is surprising that she got all her hair cropped off into the tidy pixie crop like Audrey Hepburn’s pixie cuts. Until now, Emma’s most iconic look was the super-short style.

One of the most iconic hairstyles ever is Grace Kelly’s swept-back style, it is sleek and oh-so chic. Hunger Games star Jena wore her hair slicked back in uber glossy waves, and dye the hair into a new caramel-red.

Gwen gets constant comparisons to Marilyn, due to her platinum blonde, chin-grazing bob. Thanks to her distinctive short, blonde, curly hairstyle, she has been the inspiring star in the world for many years. 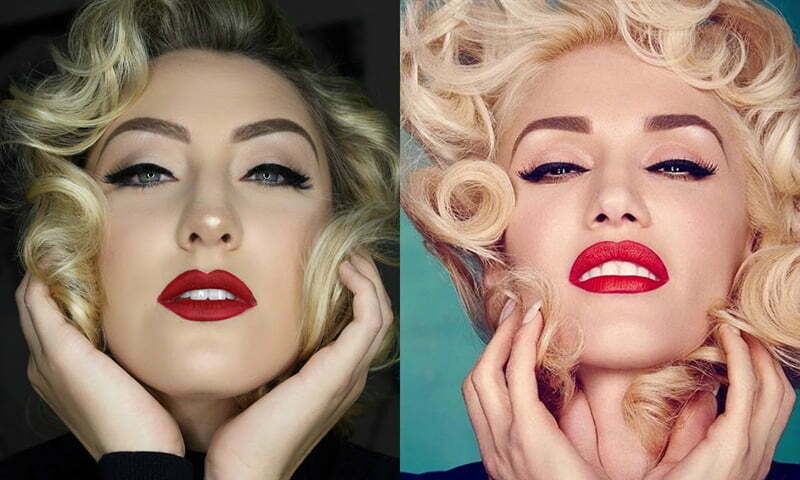 What Hat to Wear with an Audrey Hepburn Dress?
History Witnessed Wedding Dresses In The 1950s Fashion
1920s Dominant Cut of Flapper Hairstyles-The Eton Crop
Vintage Trend in Summer Street: Find Out Your Style
Vintage Short Hairs: All About Glamor Flapper Styles
How to Make a 1950s Dress Pattern on Your Own
1970s Hairstyles for Short Hair That You Should Copy
60s Hairstyles For Women's Long Hair To Look Iconic
Vintage Shoes Paired With A 1950s Dress
Check Out 1950s Women’s Fashion Clothing Style