Frequently referred as the “Roaring Twenties” or the “Jazz Age” in North America, while in Europe sometimes referred as the “Golden Age Twenties” because of the economic boom following World War I, The 1920s, were a decade known for social, artistic and cultural rebellion. When you think of the hairstyles of the 1920s, what will pop into your head?

During this era, flappers, the Charleston, and the bob cut haircut became the youth culture of The Lost Generation. Without no doubts, the bob haircut is definitely one of the most impressive fashion styles for women. The following briefly introduces an overview of 1920s hairstyle.

After World War I, social customs and morals were relaxed in the optimism due to the booming of the stock market. Women entered the workforce and earned the right to vote. They felt the freedom and the liberation. Fashion trends became more accessible, masculine, and practical. Thus “The New Woman” emerged. 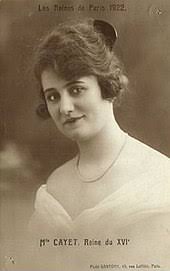 Most women preferred bob hairstyle. A bob cut is a short- to medium-length haircut. Namely, the hair is typically cut straight around the head at about jaw-level, often with a fringe or bangs at the front. However, this kind of revolution was not achieved accomplished at one stroke. By early 1920’s, most women not dared to bob their hair, so they pinned up to look shorter.Mlle Cayet, Queen of Parisian Carnival did her hairstyle just like that. 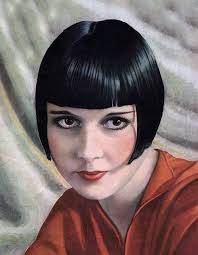 In 1909, with the inspiration of Joan of Arc, Antoni Cierplikowski, the world’s first celebrity hairdresser, started a fashion for a short bob cut. In the 1920s, he introduced the shingle cut. Flappers like to wear the shingle cut very much. He had world-famous female personalities as his clients like Coco Chanel, Queen Marie of Romania, Sarah Bernhardt, Greta Garbo, U.S. First Lady Eleanor Roosevelt and Brigitte Bardot. In the 1920s women started for the first time to bob, shingle and crop their hair, often covering it with small head-hugging cloche hats.

The Hairstyle in the Mid-1920s 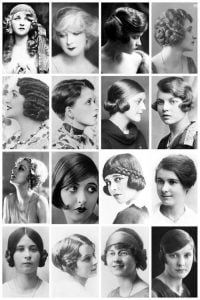 By the mid-1920s the dominant female hairstyle in the Western world is in various versions. Women often worn with a side-parting, curled or waved, and with the hair at the nape of the neck “shingled” short. The style was spreading even beyond the West, as women rejected traditional roles and adopted the bob cut as a sign of modernity.

There are different variations of the 1920s Bob: Plain Bob, Charleston Bob, Eton Bob, Moana Bob, Orchid Bob, the Shingle and Windswept Bob. The fashion was seen as expressing a bohemian and progressive outlook.

During the 1920s the wings haircut was worn as an alternative to the bob cut and pageboy hairstyle by flappers and young children of both sexes. It remained popular during the war years for its practicality when women worked in the factories.

The Hairstyle in the End-1920s

As the 1930s approached, women began to grow their hair longer, and gradually abandoned the sharp lines of the bob.