The roaring 20s was an interesting and significant time in the 1920s women’s fashion world. The typical flapper girl definitely does not forget her T-strap dainty shoes for an evening of jazz music. Next to the dresses, the shoes were the real deal in the twenties as fashion moved from the Victorian style of dressing and a more daring approach to fashion had been discovered for it was the emancipation period, meaning, more skin to show. A beautiful example is the daring shoes of the roaring 20s fashion. 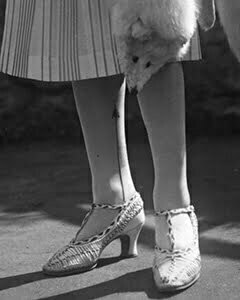 The flappers, with their exquisite taste of fashion, loved their shoes as they loved their jazz music, beautiful and creative. The typical shoe, the flapper girls were known for was the T-strap beauty. The T-strap shoes were designed to be at most 3 inches high, made with patent leather mostly in black lined with gold color and decorated with shiny materials at the heels, buckles, and straps.

Apart from the T-straps, the twenties women who loved going out to parties wore other fashionable shoes. From double strapped shoes to multiple strapped shoes, to strapless shoes which were called pumps, these shoes were beautifully decorated with Art Decor designs, pearls, rhinestones, and others. These shoes came mostly in patent leather but some shoe designers made their shoes with satin because of its shiny and eye-popping dye attributes. These satin shoes can be dyed to the owner’s preference but mostly they were available in silver, black, and gold. The roaring 20s fashion witnessed the way these shoes were worn from the early 20s down to the late 20s, with only the shape of the toes changing from the point in the early twenties, to almond/ round in the mid-20s then to square toes in the later 20s.

1920s women’s fashion shoes will not be complete without mentioning casual shoes. These casual shoes had little difference to evening shoes except that it was tagged casual shoes because they were comfortable shoes made for day wears and made in many colors. One of the most casual sought after the shoe was the Oxford shoe. The Oxford shoe was designed to fit the day to day activities of a twenties woman. There was a basic, cap toe /semi-dressy, fancy, and sport Oxfords. Oxford shoes were pocket friendly that the basic or flat-heeled Oxfords were worn by maids, workers, housewives, and women who had practical things to do. The sport Oxfords were worn for leisure sports and it was mostly in black and white. 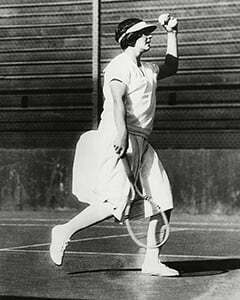 Another sporty shoe in the roaring 20s fashion was the sneakers or tennis shoes or canvas as it was called back then. The popular tennis shoe designer of the 1920s was Keds and till today, Keds has made a marvelous impact on the footwear business as it was and still known and trusted for its durability and comfort and huge support for women with their tennis shoes.

Tennis shoes were mostly white because the women play in white uniforms but of course, they were not all white as they also came in black and brown. These sneakers or canvas shoes either came in high or low tops and they were also perfect for a day at the park for a picnic or summer walk.

Nevertheless, sandals, slippers and boots were also footwear worn in 1920s women’s fashion world. Boots were mostly worn during the winter but that was not all. There were walking lace-up boots, hiking boots, riding boots even working boots for those working in the factory. For the roaring 20s fashion, the Russian boots were favored by the flapper girls. The Russian boot was comfortable to wear than other boots as it was loose in the calves, the looseness around the calves gave the flapper girls some thrills as it was a good hiding place for their alcohol flask.

Sandals were not surprising anymore as it would have in the previous decades for it allows “more skin” to show. They had more straps and were worn for a day at the beach or park. The slippers, which also came in many colors and designs were worn at home for the 20s woman to feel much more comfortable in her home.

The 1920s women’s fashion shoes have been an all-rounder of amazing footwear. This footwear aided in the confidence boost of a roaring 20s fashion woman. Some of these shoes are still in vogue today, restyled but still having the vintage edge.