The 1920s fashion brought in an era where the youth were tired of the war and just wanted to have fun. Women had made a major transition into the workforce during the First World War while the men were away fighting. The current mood of exuberance and celebration was echoed by 1920s women’s fashion. When it came to lingerie, women no longer wanted to constrain undergarments. Sales in corsets went down significantly while women ditched the numerous heavy petticoats and restraining lace boned corsets.

While corsets were still in sale especially for larger women, manufacturers adapted to the times and designed them to flatten the torso and backside. Heaving bosoms were out and flats chests were in. Gone was the desire for a curvy figure shaped by numerous restraining undergarments. Instead, the slim boxy silhouette became the desired trend, and lingerie that did not restrict movement, work, and driving not to mention partying became the new replacement.

The flapper dress which was a free dress with a dropped waist as well as evening wear all were flowy and non-restrictive embodying the theme of liberty and comfort and the accompanying lingerie had to also be freeing. In came the chemises. These were made of fine silks and sanitized rayon and in colors such as pink and peach. The decoration was made on the chemises using floral trimming and fine laces. Bandeau bras also became popular because the boyish look had caught on. They were chest flattening. Other lingerie such as the boxy pajamas also became popular due to the desire for the boyish look. Here is a short rundown of the 1920s fashion women’s lingerie: 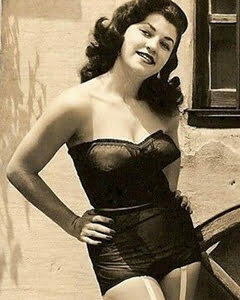 While the corsets were no longer popular especially among younger women, they were still worn though they now adapted to the changing fashion needs. A lighter corset and brassiere combination was born which had side fasteners, elastic panels, and shoulder straps. This was called a doublet, corset, corselette girdle corset, or garter brassiere. 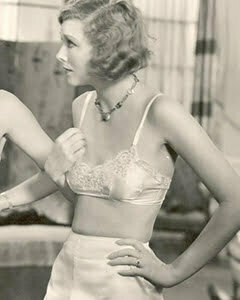 This was a version of the camisole top that had a square neckline, an elastic waist, and straps. This made way to the bandeau bra which was a bust bodice that was a simple rectangular fabric worn across the chest with straps over the shoulders. These were made of fine silks and the more expensive ones were decorated with embroidery. Towards the end of the 1920s however, most women concerned about the change in the shape of the breasts due to the strapping down effect of the bandeau bras began to wear bras with cups designed to separate and lift the breasts. 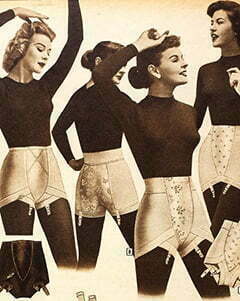 Knickers had an elastic waist and even knee caps and came in a wide variety of colors. These evolved to give way to the wide-leg shorts with separate bra and lace trim. For those who were more drawn towards all–in–one lingerie, the cami-bloomer wad wide-leg pantie and acted as a combination of a bloomer/knicker and slip. They can be compared to today’s rompers. 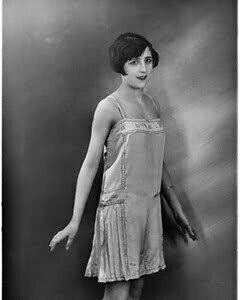 These were a necessary undergarment worn under light dresses to prevent the dress from clinging to the body. Some were tube-shaped while others had a drawstring waist. These like petticoats were not meant to show below the dress hemline.

1970s Shoes for Retro Hippie Styles and Disco
1920s Women Outfit Ideas: How to Dress for Different Occasions
Fashion Trends for Children in the 1950s
1960s Women Fashion: An Overview
Outfit Ideas for Men: How to Dress 1920s Fashion
10 Most Famous 1980s Jewelry Designers and Brands
1920s Makeup Fashion: How to do Vintage Inspired Great Gatsby Makeup?
1920s Clothing Style - Decorate Your Wardrobe
How to Dress Vintage at Work
5 Influential 1920s Designers: Who were the Big Designers?