When you take a trip back in time to the roaring 20s to find the 1920s men’s fashion world, you don’t have to be surprised by the scene that the majority of men wore the classic top, homburg or fedora on their heads. The fashion of the hat greatly affected men’s hairstyle in the 20s. Thus back in the 1920s, men’s hair were shiny, flat and low volume. Most men of roaring 20s preferred shiny slicked and oil haircut. Below are some top hairstyles for men in 1920s fashion.

# Slicked Back Hair in the 20s 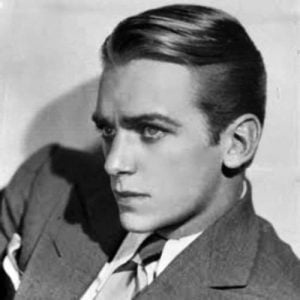 Slicked back hair was perfect for men who would like to wear a hat when going out. Back then, men used the hair product Brilliantine to smooth and flatten their hair. They could also create the slight slicked back part hairstyle, middle part hairstyle, and Clack Gable slick slide part with mustache.

With regarding to the slight back part hairstyle, hair was parted directly or slightly off-center. Besides, each side was slicked back and revealed the roots of the hair.

Middle part hairstyle was led by an American actor, named Malcolm McGregor in the silent movie era. His clean-cut look and slicked-back hair made hime stand out of his counterparts.

Under the influence of pop culture in the 1920s, men began to watch stars and copy their styles and looks. Clark Gable slicked slide part with mustache was one of the examples. 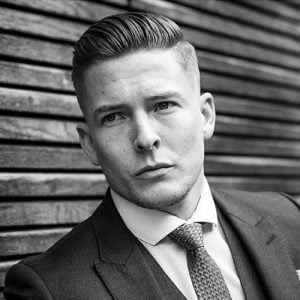 In the 1920s, the hairstyle of a simple high comb over was stylish and loved by some people. The barbers left their hair longer on the top so as to comb it backwards. The hair product such as the hair gel and pomade helped to achieve this hair look.

A low comb over looked natural. One of the function that low com over had was that men could hide their receding hairline. This is also a reaso why older men would like to choose low com over.

There is a type of comb over taking the inspiration from the classic 1920s men’s hairstyle. It is lateral comb over. Men cut the hair on the sides very short and swept the textured mane on the sides. It is a great modern look.

# Undercut of the Roaring 20s 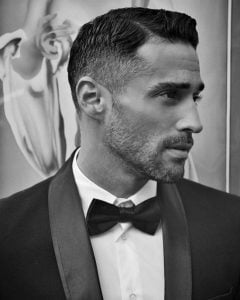 Under the influence of the World War I, the hairstyle of undercut was popular among men in the 1920s. some sailors and military men worn the undercut. In general, men kept the top hair very short and there was comb over variations on the head. The hair was faded on the sides. In another words, in this style, the hair was shaved into a two-step undercut, separated from the longer upper locks by a slightly centered parting. There is a little lift over the forehead and shortest hair along the side matches the length of the sideburns and beard.

In the 1920s men’s fashion world, sicked back hairstyle was the most popular due to the hat fashion among men. There were also other stylish haircuts that were welcome by men such as comb over and undercut. Hope the top 3 hairstyles for men of the 1920s could give you some inspiration.