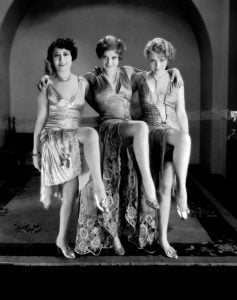 The 1920s period got famous in America due to the flapper dresses, which rose to prominence then. The fashion industry had something new after a while to experience, and certainly flapper dresses were a charming addition to the existing options women had.

But then as things moved ahead, we saw that due to crisis that one of the best roaring twenties fashion styles, found its end. 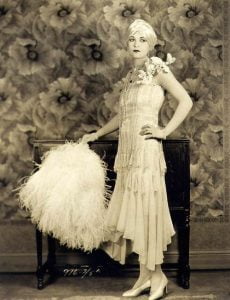 As it’s quite normal, that the passage of time always leads to new inventions and innovations, we can understand that even the fashion industry wouldn’t have been left by this fact.

However, the main task is to look at those changes and also discuss the ways in which these flapper dresses found their way into the Hollywood industry.

During the same time, these dresses also gained modernity and a new touch.

Let’s look at the same in brief.

The Changes in Flapper Dress 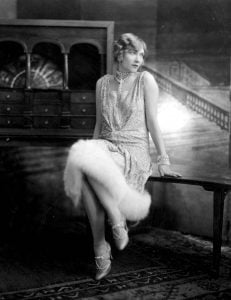 The modern vision to one of the great Gatsby dress ideas, was quite enticing for the generation of that time, and also the one which was to come ahead.

As we scroll through the internet today, we will find a lot of changes to the flapper dresses of old times.

You will see Hollywood actresses and models donning flapper dresses and also wearing gloves along with some other jewellery. Beads and long necklaces are also visible in the modern touch provided to the old flapper dresses. Not just jewellery and gloves, but we also see hats and even fans accompanying their dresses.

Moving ahead, you will also notice that earlier flapper dresses used to expose the body. Women used to be semi-naked as the dresses were short. But with the passage of time, we saw that the length of skirts increased. In fact, not just the length of skirts but we also see that women started wearing gowns.

It wasn’t that the new technology was not accepted by the trend. As we all know, the trend moves along with the will of people. People who are willing to promote the new ideas, which they have applied in their lives.

And yeah, that’s pretty much the story.

Flapper dresses weren’t the same anymore after that.

We can literally talk about all the new tweaks and changes, but then there are many. After a while, we also started seeing embroidery and a lot of artwork in the dresses. The whole definition changed, and women were quite happy with it.

If you want to you have your dress today, it’s possible! But the impact of models and Hollywood industry, was quite immense!