1960s was an era for the young. Gone were the days were elegant clothing were in style, gone were the days where high heels and immaculate suits and shirts were popular. Now in this vintage fashion era, everything was about fun. Bold colors, patterns and designs were chosen at one’s leisure. Street fashion became more popular than couture fashion. Everything was about being comfortable yet stylish. To achieve this look, here is a guide that can give you that chic style that is oh-so favored! 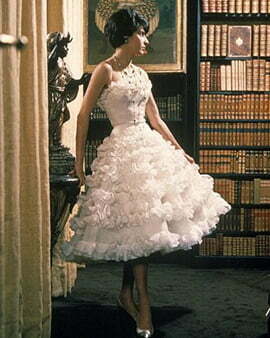 These vintage style dresses had a tight bodice with a sweetheart neckline and a flowy skirt ending just above the knees. They were mostly part of the day-to-day informal dressing. They came in various big patterns and bold colors. After the end of the restriction era, also known as the 50s, were the meter of the clothing was confined, dresses changed from tight and slim fitting to flowy and loose. 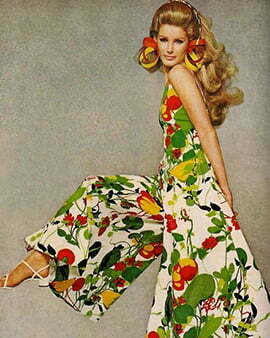 These jumpsuits highlighted an individual’s youthful and playful side. Made to comfort, with large bows and big collars made an individual not only comfortable but also look chic. These jumpsuits could be seen paired with large hats and sunglasses to complete the look. This type of vintage dressing made the women look younger playful and innocent, which is what the people in this era perfected. 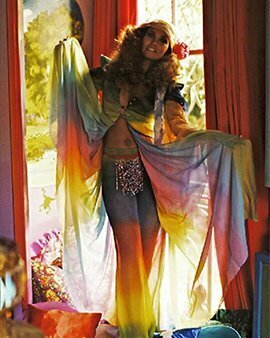 Made popular by hippies, who were protesting Vietnam War, wore psychedelic designed shirts with lots of vibrant colors to represent peace and harmony and to represent rights for the Vietnam fighters. These designs were later adapted by many others and still remain in high fashion today. 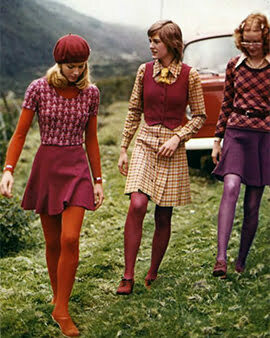 The bold and loud prints did not only cater to tops, but they were also often seen in the form of tights. 1960s can also be referred to as an era that loved color. The main palette was no longer pastels or light shades, but was bright and vivid colors throughout. Channel your inner Emilia Clarke and you could fit right in this vintage fashion era. 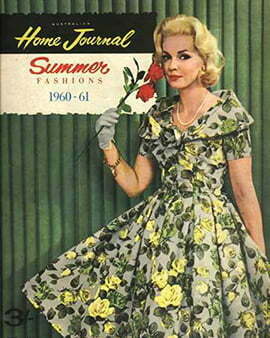 These became part of the daily wear. Anything and everything could be paired with a set of white gloves and that would turn the dress formal on any occasion. White gloves became a fashion statement so much so that every other individual was seen pairing it every outfit. These sleek gloves were seen worn by many fashion icons of the time such as the first lady of United States of America, Jackie Kennedy. 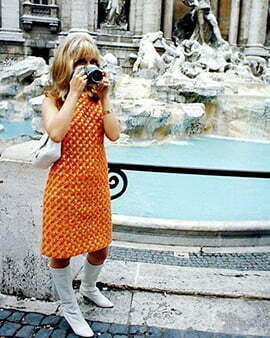 Boots, until redesigned became too old fashioned for many. They became a fashion ‘repellent’. Women often wore open-toed shoes even in winters, freezing their feet. However, Go-Go boots became a popular choice. The iconic white, short heeled below the knee boots, were all that everyone wore. These classics were made of shiny material that looked neat and clean from even miles away. As the popularity grew, many more designs such knee-high with kitten heels were also seen available in the market. Paired with miniskirts and dresses, they were seen worn by many if not all individuals. 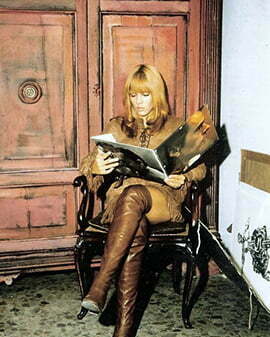 These were an extreme version of the Go-Go boots. Ending up above the knees, these boots were high fashion, made of all leather. Eighteenth Century soldiers who wore long boots to prevent leg injuries during battle inspired the design. Powerful was the adjective attached to these and subsequently, the adjective was attached to the women who wore them as well. This was the first time, where women were regarded as strong. 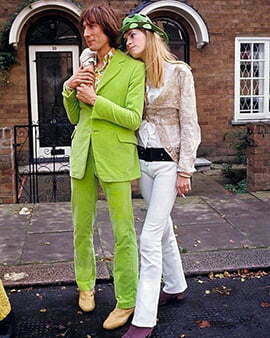 Boots that were shorter and comfortable than Go-Go boots were in demand, and so booties came into fashion in this vintage era. These booties essentially provided the same function as long boots- keeping the feet warm- they were easier to wear. All it took was to slide your foot in. They had pointy toes and were short to no heels with buckles or bows on top. They were not heavy or bulky, neither did they show fur lining on the top, which was previously in fashion. These looked like spring boots, light and casual. Even in today’s fashion, many individuals favor booties over boots. Pair them miniskirts or short dresses and you are ready for the day!

1960s vintage dressing era exuded style with comfort. This era transformed the way people saw fashion, returning from couture to street, it was made popular by the common people and not some high fashion designers. Bold colors and psychedelic designs were seen in style. Boots were worn for comfort and style, pairing them with large sunglasses and sun hats. Often styled with swing dresses, and jump dresses. As the era was all about easement, boots were often low heeled or often than not, flats. Dresses were flowy and not cinched to the waist.