The 1940s were a tough time for all fashion enthusiasts. The second world war lasted till 1945 and it took quite a toll on the industries around the world. The fashion and clothing industry was affected too.

Therefore, the 1940s fashion and dresses were kind of similar to the ones worn in 1930 and everyone was more focused on convivence. However, the designers around the word kept the spirits of women high with their glamourous clothes.

The 1940s women did fulfill their heart’s desire and they did dress up in the latest and readily available fashion of that time. The 1940s style dresses were sharper, shorter, chic and they came in bold colors and different patterns.

It was the time when certain new trends were introduced as well. But one thing is for sure, that even during the difficult times the 1940s dresses did manage to stand out and make the women of that time look lovelier than ever. 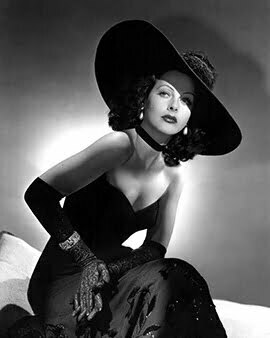 The casual dresses from the 1940s came with a shorter hemline since due to the shortage of cloth because of war rationing. The length of the skirt was reduced up to the knees.

Furthermore, the dresses came with a fitted bodice that was modest and didn’t show cleavage but the bodice had different styles of necklines. Form V necks to halter tops. The blouses were widely diversified.

The skirts were mostly of two types. That is a waste accentuating, tight-fitted pencil skirt or a fuller round skirt. Both these skirts were up till the knees and they came in bold solid colors.

The 1940s was the time when a lot of experimentation was done with different patterns as well. The polka dots were a particular hit from that time and the brighter the clothes were, the better they were considered to be.

Furthermore, cardigans were quite preferred during that time and it was often seen that women used to were these sweaters with their dresses. Sometimes to keep warm and sometimes as a fashion statement as well. 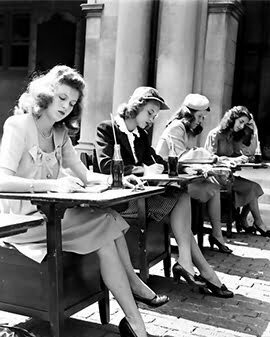 The evening dresses had all the glamour that they require even at that time. All the fancy sequins and beads were one of the few things that were fortunately not rationed and they beautifully adorned these dresses.

Therefore, the gowns and dresses had simple cuts and shape but they sparkled like water in sunlight. The formal dresses of 1940 were made from taffeta, jersey, or crepe. They also came with buttons and zippers at the back.

The most popular color choice at that time was black but other colors such as pink, blue, and red were used as well. Gloves were a major thing back in the day and it was a fashion statement to wear them with formal wear. 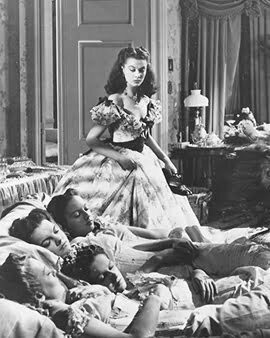 The princess ballgown was influenced by Gone with the Wind. The rather broad skirt of the Victorian times was limited to a long, semi-length A-line style in the 1940s. Then an underskirt or petticoat was also worn below to add fullness and flare to the skirts.

The princess blouse showed more cleavage, neck, and back than other garments of the 1930s. These allowed women to wear strapless bras. Many conservative styles had narrow cap sleeves or broader puff sleeves which were popular on 1940’s-day clothes.

The princess ballgown became the most fashionable choice for teenagers going to prom. Prom dance was a fairly recent innovation in the late 30s and 40s, and the teenagers took special effort to display their finest party outfits. 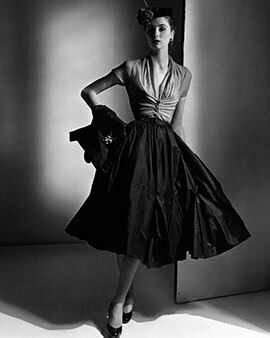 Due to the war and extreme crisis situation, sporting a costly formal attire wasn’t an accessible choice for everyone. Alternatively, the semi-formal suits, based on the trends of day and afternoon dress and suit, were improved with fabric and pattern.

The overall appearance was really tidy and elegant. Every woman had one of these outfits that she could wear while going out in her closet, even though she didn’t have a designer outfit.

This partially formal evening attire, also known as cocktail dresses, were worn shorter, only below the knee, with a similar flowing design. Skirts were also lined, bundled, and pulled together. They usually had thin cap sleeves but sometimes they also had medium or 3⁄4 length sleeves and broad arms.