Updating summer wardrobes can be a lot exciting and sometimes a struggle as to what dresses to get. It might have been the same experience in previous centuries and decades but the trendiest summer wears have been spotted from those past decades. The 20th century was a unique one with the best of summer wears that keep you comfortable. However, in the 1950s women’s fashion was one of the major distributors of the most fashionable summer styles during the century.

The 1950s summer dresses for women had an amazing selection of dresses which included causal and event dresses. These dresses screamed femininity and were eye-catching with beautiful fabrics, prints, colors, and styles. Thanks to the women of the decade who concentrated on being beautiful and rooting out colorful trends. Here’s a highlight of the 1950s style dresses that made the women shine and have an influence on recent summer styles. 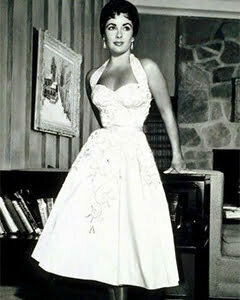 The halter tops were a summer staple during the 1950s. They were sleeveless blouses that had straps tied behind the neck. It exposed a whole lot of the shoulders and backs and featured beautiful swing skirts made full by gathers or pleats. Halter dresses served as one the best prom and evening dresses during summer. The necklines of the strapless dress were either V-neck, square neck, boat neck, sweetheart neck, or scooped neck. Tropical prints made halter dresses look their best. They gave a well-tailored look to the decade’s dresses.

One style that never went out of trend during the 1950s summer was the shirtwaist dress. It featured a top that ended at the waist. The top of the dress looked like a blouse with buttons down the dress. The buttons sometimes ended at the waist too but sometimes it went down below, even to the end of the dress, serving as beautiful design and easy wear. The bottom of the shirtwaist dress usually had full skirts while sleeves were often short or cap sleeves during the summer season. Necklines in most cases had different styles of collars of which the most regularly seen were the peter pan collars and the pointers collars. Different styles of detailing were used to beautify dresses such as beadwork, rhinestones, lace, and others. Of course, the best colors were trending and taffeta, silk, and rayon were very popular fabrics. 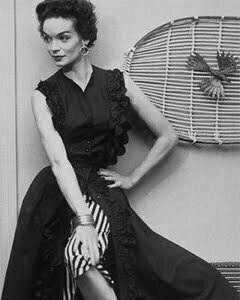 The hostess dress was a prove of how fashionable the 50s women were during summer. It was a beautiful long dress that had an opening down at the front. The opening was meant to reveal fitted Capri or cigarette pants that must have been worn under the dress. They might have looked a bit casual, but the hostess dress had been one of the most elegant summer dresses of not just the decade but the century. It was usually sleeveless and when otherwise, had small cap sleeves. Ruffles went down the dresses making them look more glamorous. V-necks and round necks were the common neck styles and all colors dark were often used. Floral and tropical prints made those dresses simply amazing! You can rock this lovely dress to your evening event and you will be given adequate attention. 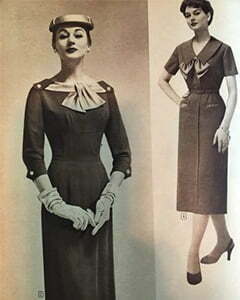 The sheath dress was one sophisticated feminine summer style of the 1950s. They were midi fitted dresses, although the tops of the dresses cinched more than the bottom. The bodice of a sheath dress was tailored and nipped at the waist. Collars, pockets, and bows added so much glam to the summer dresses. The sheath dress is known as the pencil dress today and is seen in almost every wardrobe.

Different fabrics were used for the elegant summer dresses of the 50s. Cotton was used for everyday wear as it soothed well with the skin for comfort. Shirtdresses also had cotton material as the favorite. Silk, rayon, polyester, wool, and linen were also popular during the decade.

The summer dresses of the decade were simply gorgeous. These styles have returned to recent decades and are defining summer seasons. The 1950s summer dresses for women are wardrobe staples for the season. So, create a shopping time, visit a vintage shop and grab as many of these styles that suit.