The 1960s is one decade that the fashion world has not recovered from. The influence of the 1960s fashion has continued to linger on for years and decades. The elegant styles of the decade paid attention to every season of the year and the 1960s summer dresses for women seemed to have been the best trends of the decade.

The 60s fashion was entirely different from that of every other decade. It was the introduction of a new fashion, with new styles, prints, patterns, and color mixtures being invented and explored. You will be excited to learn of the trendiest summer dresses for women that will keep you fashionably inspired and make you look your best during the season. Here are some trends to help you form your dream 60s summer wardrobe. 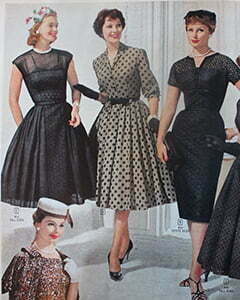 A worthy summer style of the 60s was the swing dress style. It fitted well into the season as daytime outfits, party and evening wear. As the name implies, the skirts of the dress style were full swinging skirts while the bodice was usually well fitted. Necklines were usually very high with round necks and boat neck styles being the most popular. The sophisticated 60s summer fashion had knee-length as the most regular length. They were sometimes sleeveless and at other times had short sleeves. A 60s swing dress is a wonderful choice for the summer season especially for those special occasions you might want to attend during the season. 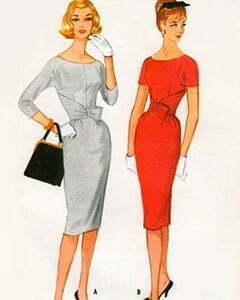 The sheath dress was one 60s style that made the summer fashion atmosphere glow. It was a short dress that had an A-line silhouette. They made the women look so simple but so chic. The 60s trend of sheath dresses saw sheath dresses without waistlines and that was straight down. Most sheath dresses then were made with peter pan collars on them and large bows which served as a beautiful front design. The comfortable dress style also came in a full rainbow of bright colors. They were mostly worn around the home and to the beach or informal hangouts. I hope you are convinced you’ll need a sheath dress for the summer. 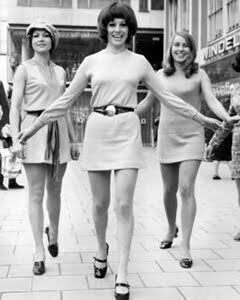 The summer season of the 60s wouldn’t have been complete without the outburst of this trend. The style in which the designer, Mary Quant, invented during the decade was probably the favorite and certainly the most used. They featured short dresses that were about 4-6 inches above the knee. The mini dress style had skirts of diverse styles. The very short skirts could be pleated, A-line, or straight based on what the wearer preferred. It was well adapted by the women and fashion designers made them in different materials and styles that were suitable for the summer season. Solid colors were used for mini dresses and colored tights were worn underneath for a party-ready look. The prints designers used made the mini dresses so lovable.  You would be missing out on a lot if you fail to rock a mini dress this summer. 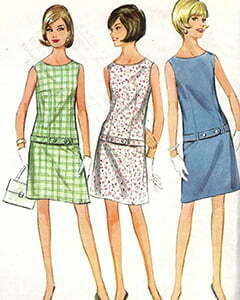 To be called a classic and fashionable woman of the 60s, a drop waist dress was a must-have during summer. The drop waist dress style featured a drop of the dress’ waist to the hips. Of course, they followed the general trend of the decade and were usually very short. The style was suitable for diverse age-grades including the mature women and the young ladies of the decade. It was a well-tailored style and was seen on the streets, in parties, and as everyday outfits. A gathered or pleated skirt below the drop waist was elegant. The feel which the drop waist dress gives during summer is one that leaves you comfortable and stylish at all times.

The 1960s was an era of diverse trends that were inspired by mostly the young women of the decade. The revolutionary trends during summer had made the season so colorful. Other amazing trends also evolved which included those inspired by the Mod culture and the hippies’ fashion.

It’s not enough to read through and just learn about the 1960s summer dresses for women. An urgent update of your wardrobe is also needed for the summer. Visit the nearest vintage shop around you to get your favorite 60s summer styles.