I lived in Brighton of the UK for one year. I attended the most famous holiday in this city. So I know “Gay Pride” will coimg in August! Everyone must has a special makeup for this. I think the makeup of marilyn manson is very suitable for you. While the makeup of Marilyn Manson reflects the makeup trend in 1980s men’s fashion. How was 1980s style makeup look like? Did 1980s men’s makeup trend affect marilyn manson’s decision to makeup ?

Marilyn Manson and his iconic makeup

Brian Hugh Warner (born January 5, 1969), known professionally as Marilyn Manson, is an American singer, songwriter, record producer, and actor , Visual artist and former music reporter. As the lead singer of the band of the same name, he is known for his controversial stage personality and image. Before he started to form a band and before serving as the rock band Marilyn Manson, he was putting on makeup in an attempt to transform into a newcomer. Although there are photos of Manson without makeup (you don’t have to look too hard), he rarely sees his foundation and eyeliner unless he is working on a project that requires him to be unrecognizable. If he doesn’t have to wear makeup, Manson usually puts on makeup and becomes personal. Although these rock musicians have looked quirky for years, his makeup has not changed significantly since the mid-1990s-although his budget has undoubtedly been improved. He may look mysterious, but Manson likes to talk about his makeup. Marilyn Manson and his iconic makeup reflects the men’s makeup trend in 1980s.

In the 1970s or 1980s , male makeup was hardly mainstream. Instead, it is reserved for the margins: artists and rock musicians such as Steven Tyler, David Bowie, and Prince. However, around this time, many of the most legendary male makeup artists began to work in this field. The late Way Bandy started working in 1967, followed by Kevyn Aucoin in 1982, and many male makeup artists appeared. Scott Barnes (Scott Barnes) is one of the artists, his brush is famous in every big man in Hollywood. When asked if he had seen a change in the man behind makeup, Barnes responded to us with a revelation of gender subversion: “There have always been men as makeup artists. In fact, there are now more female makeup artists than ever before .”

The 1970s was a period of real prosperity for men wearing cosmetics. Transforming into a gender role is a symbol of anti-cultural contempt. The iconic makeup of the rock band KISS became the main content of stage performances in the 1970s as part of New York’s “Flash Movement”.  With all the imaginable makeup, the 1980s makeup featured bright eyeshadows, eye-catching lipstick and thick hair, a style that was mastered by singers such as Boy George and Madonna. In n particular, Bowie changed the field of cosmetics through the universe’s Ziggy Stardust. Ziggy is a bisexual, gender-neutral alien who wears makeup, and her face has triggered thousands of makeup lessons.

As far as male grooming is concerned, there is only one trend that distinguishes males from boys: Gerina. No matter what type (whether it is clean, classic or next morning), this appearance (just like the man wearing it) is a force that cannot be ignored. Naturally, 1980s eye makeup style and its tutorial will be introduced.

Charlie Chaplin, 1915 .As part of his most famous screen character “Hobo”, Chaplin will add serifs to his eye circles and incorporate a smoky effect. He thought it had a ridiculous, cartoon-like effect. Rudolph Valentino (1920) , this Italian-American actor is called the “big lover” of the 1920s, thanks in large part to his vampire eyeliner. The silent film “heartthrob” is like classic Cole paint, just as he made the ladies drowsy. 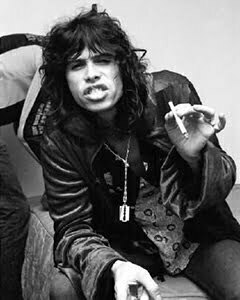 Steven Taylor (1976).We do love ourselves a good Steven Tyler beauty secret (Have you seen those che bones?), so naturally we will be in awe of the perfect cat eyes he worked in the 1970s. These days, only a little more in the morning. George Boy (1984), George George’s harlequin aesthetic is undoubtedly a game that changes the style of Curie. He played with brilliant arrows, pushing the girl’s appearance borrowed in the 1980s to a new height. 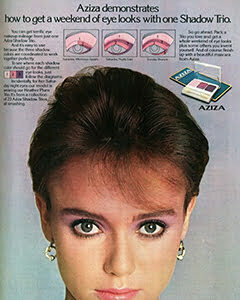 Multi-layer / rainbow color makeup eye shadow was the classsic style of 80’s retro makeup, making the latest pressed powder spotted and dotted in the box, like small pieces of colored granite. Or blur two to three shadows like flowing watercolors. The real novelty of all of this is the presentation, not the appearance on the eyelids. Once brushed, all the colors will blend together to form a subtle highlight with a smoky effect. Here is an example of the toturial of the vintage 80s eye makeup styles: Aziza Eyeshadow Triple Makeup.

Aziza demonstrates how to use a Shadow Trio to get a weekend look. You can get excellent eye makeup effects from an Aziza Shadow Trio. And it’s easy to use because the three shade colors work perfectly together. To see where each shade color should go for different eyes, just follow the icon. So please continue. Pack a trio you like, get the look of the whole weekend, plus some others you created yourself. Of course, you can also use beautiful mascara from Aziza.

Brighton Pride Festival was hailed by the Guardian as “the most popular LGBT event in the United States.” For the diverse community of Brighton & Hove IoT, this is a vibrant celebration and a wonderful event, and tourists from all over the world are enjoying spectacular celebrations.

The makeup of Gay Pride” in the UK: Rainbow makeup ideas

From clothing and accessories to bold and beautiful looks, many people will wear rainbow-colored clothes on weekends as a symbol of gay pride. The main makeup are consisted of Rainbow Wing Eyeliner and Eyebrows, Mixed eyeshadow, Rainbow cut crease and Rainbow face. Whether it’s future chrome or dazzling neon stripes, incorporate your favorite eye shadow design into your personality. The trendy ’80s eye makeup styles like multicolored eyeshadow can be viewed as the classic makeup in Gay Pride” in the UK. In this way, 1980s multicolored eyeshadow maybe designs for this party!

END_OF_DOCUMENT_TOKEN_TO_BE_REPLACED

Trendy Shirts in the 80s