Wearing lingerie in the 40s was cumbersome. A woman had to wear a bra, a pantie girdle, and then wear a slip over these two garments. Woolen underwear was also a bit uncomfortable in warm weather. With the hard times of the early 40s, women were forced to wear handknit underwear. Women also wore fasteners for stockings. The new look of the late 40s with its emphasis on a narrow waist forced women to wear corsets. But women working in factories preferred wearing looser undergarments for practicality and comfort.

The rationing of WWII made luxurious materials scarce. Silk undergarments became very expensive and unavailable. The need for sexy lingerie went down for many women whose men were fighting overseas. Sexy lingerie was to make a big comeback after the war when women had more time and money to shop for fashionable lingerie. Designer Christian Dior’s beautiful lingerie designs changed the way women accessed high fashion lingerie at affordable prices. He had promised to make every woman feel like a duchess regardless of her class.

The word bra first became widely used in 1940s women’s fashion. The basic design of the bra; adjustable straps with hooks and eyes, was already in use. But these bras were plain looking without embroidery or lace embellishments. The readily available colors were white or ivory. Bras had 1-3 inches elastic underbust on both sides. The cups were designed to create an illusion of separation, with straps starting at the center of the bra. The profile was pointed because the seams met at the center. 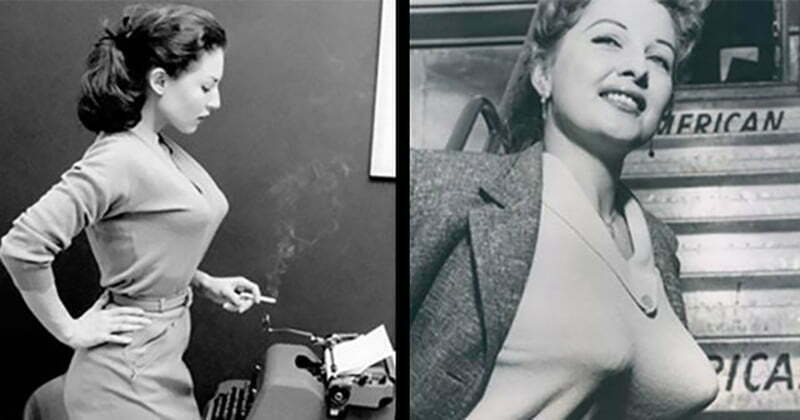 Longline bras were worn with evening wear to smooth out contours on the underbust. The longline panel also helped keep the bust’s profile uplifted.  A longline bra kept the bust uplifted without straps. The waistlette bra was designed with garter clips attached to eliminate the need for a sperate garter. The strapless bra was available in the 40s and commonly worn with sundresses, low and open shoulder tops. It was also preferable for women who did not like wired bras.

Women with small busts enhanced them using bust pads before the bullet bra emerged in the late 40s. The pointy cups of the early bullet bras were made with circular seams that made the cup a stiff cone. 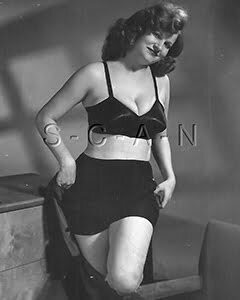 The panty of the 1940s fashion was a loose-fitting garment that covered much of the pelvic area. The panty shape was becoming more refined in the 40s.  It could be seen as an extra-large design of today’s granny panties. They had an elastic band to help the panties in place at the navel level. Some had a yoke with lacing. The common material for panties was rayon satin, but the handknit panties were commonly made from cotton. They were plain and usually white. 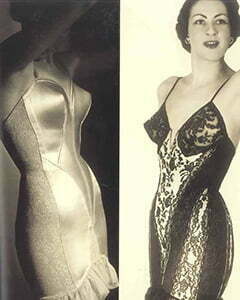 40s women wore girdles for smoother curves and better pose. The girdle started at the belly button and reached the mid-hip. It came with hooks to hold up stockings. Girdles were made of slightly flexible rayon or cotton.

Corsets made a comeback with Dior’s new look of the late 40s. they were made of slightly stiff material to smooth out the curves as much as possible. It acted as a bra, girdle and also had metal clips to hold up stockings. Later designs called corselets were made of lighter fabric. 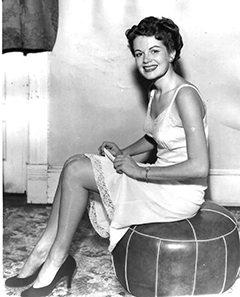 A slip was worn over the rest of the undergarments. Some were full dress designs with shoulder straps, while others reached the waistline. They made of silk or rayon, but some were made from taffeta for cold weather. Shorter slips were known as half-slips or petticoats. Slips also served as comfortable sleepwear after a woman removed the rest of her undergarments.