The decade of the 1920s has been highly known after its fashion styles. The ladies of that time were wholly independent and wished to spend their married days in freedom and luxury. Usually, their liberty was shown through the types of dresses they wore. Some of them included flapper dresses, while the others included Robe De Style dress. But, one more fashion prevailed in the late 1920s, especially among the Jazz girls. It was of Garcon Silhouette. 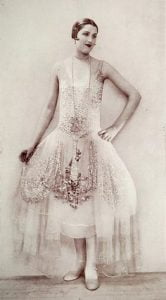 Garcon Silhouette was one of the highly popular dresses among the ladies who desired a party look while hanging out with their friends in the clubs. This fashion became quite successful among youngsters as it allowed the ladies to dress like boys and so have a matching haircut and wear suitable footwear with it. The style became so popular but faded with time as new trends entered the place. However, it never went out. In the 1960s, the style again came back in various countries and that too with more popularity than before. As it was a Japenese trend, the silhouette became famous first in Tokyo and then grabbed its market in other countries and soon became a brand named, ‘Comme des Garcons.’ It gained equal popularity like the brands Nike, Puma and soon became an expensive clothing brand for the ladies. 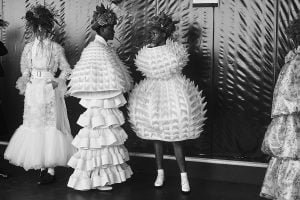 The roaring twenties fashion, the Garcon silhouette, has a different style, which looked quite elegant yet a bit boyish among the girls. Well, the youthful look wasn’t after the dress, but the cropped or boy-cut hair and the makeup used. Well, this wasn’t the last! They were quite insecure about their hairstyle, so they took a long feather and stuck it on the head with a band or so.

In the later years, when the style was back again, it came with new ways to wear the dress. Even the look of the dress was quite different at that time. However, now in the 21st century, the designers made the dress give an extravagant look to the wearer. The clothing now comes in a unique design that not only removes the nudity but also makes the body appear curvier. 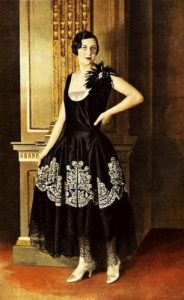 Although the dress now has a different look, it can still give a glimpse of the roaring twenties fashion. If you want to look like the old-time, yet unique in the gang, this look will remain at the top. Thus, who can say that this isn’t one of the great Gatsby dress ideas?

Going for this look with matte makeup and slightly headwear like that used in the 1920s will rock the place. This will not only show your lavish lifestyle but also express your attitude towards life.

So, who can now reject perfect attire from the Comme de Garcons when you have the option of getting the ideal color and size! After all, the Garcon silhouette is one of the most prominent fashion, which came back in the trend with more details and enhanced look.