In the 1950s, women were obsessed with dresses. They donned them casually like we wear jeans and t-shirts today. The retro 1950s dress was a standard wardrobe choice and came in a broad range of shades and two main geometric patterns. 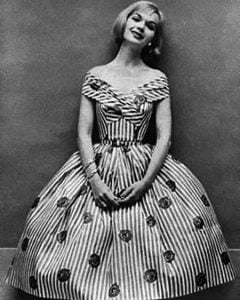 The shoulders were low and smooth. The waist needed to be small and drawn back, this is where the skirt came in. It was either a complete swing skirt or a simple pencil skirt. They were exact opposites, but the women of that era dressed in them equally.

To further enlighten all the vintage fashion enthusiasts out there, we present to you a complete guide on the staple 50s style dresses. 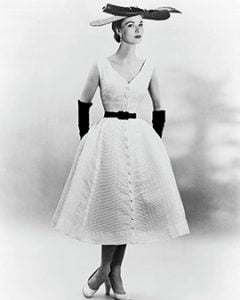 The style that arose at the end of the decade was indeed a bell dress – a sort of fusion of both the famous skirts of that era. The corsage was designed and fitted as normal, and could suit any of the bodice designs seen in other garments.

The jacket, though, started to bunch at the neck, popped out around the knees, and then tucked back in to be fitted at the calves, giving the skirt a bell-shaped look. Most of the body forms were not attractive in this dress as it made the buttocks and thighs more prominent. 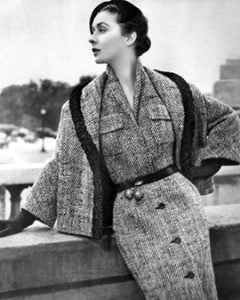 The coatdress also had a full skirt. It resembled the shirtwaist dress in certain ways but instead of giving the look of a blouse, it was styled in the form of a long coat. This dress had no zipper at the back but it had to be buttoned all the way down.

The buttons were large in size and it also had a slightly larger collar which was similar to that of an overcoat. It had long sleeves that could be dolman shaped that times and it was extra padded shoulders.

They had a matching belt as well that was made of the same fabric as the dress. Due to their large buttons and collars, these coatdresses were often worn in the winter or fall. 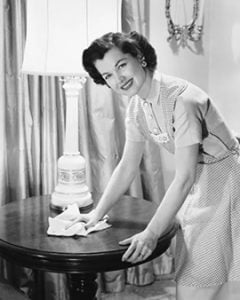 The buttons reached a bit just under the waist to move to make it easier to wear the dress and remove it. The bottom was usually pleated or closely gathered around the skirt.

Sometimes the sleeves were a capped, medium, or elbow length, which even went out to be extended long sleeves. At the ends, the sleeves were cuffed. The collars were typically pointed or narrow peter pan collars on most of the housetops. 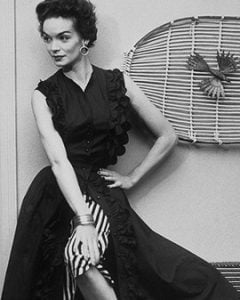 The hostess dress was not your regular dress and was quite fashion-forward for its time. This was a part dress and part capri pants. The hostess dress of the 1950s had a flared around skirt that had an opening in the front at the bottom.

This opening gave a preview of nicely fitted cigarette pants or capri pants underneath the skirt. This dress was made famous by Lucile Ball and she often wore it in her famous American sitcom.

Since then women incorporated this glamorous yet casual fashion choice in their homes as well. Some women loved the cigarette pants so much that they wore them alone without the skirt. 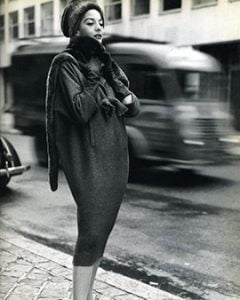 The Chemise dress from 1957 became more like a joke than a trendy garment. The fashionable name was Chemise, but its moniker was a potato sack or shopping bag. This was because of the balloon-like shape of the dress.

Its shapeless characteristics quickly rendered it a weird fashion statement that particularly men, despised. Given its inappropriate difficulties, it was still a dress that almost all women had purchased in 1958.

The jumper dress has its roots in the 1940s style of fashion. This dress was a favorite among young girls and teenagers. It typically had a low-cut V-shaped neckline paired with a blouse beneath. The straps of the shoulder were rather large. The skirt was either pencil-shaped of full.